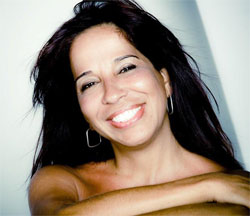 “We are overwhelmed with the success of Grachi! both in Latin America and the United States. As we speak, our cast is on its way to Rome to promote the first season of the show. The ratings have surpassed expectations” said Rivero at her arrival in Miami from Mexico City.

Grachi! is a fantasy telenovela that follows the adventures of a teenage girl who, while adjusting to a new town, new school, rivalry, love and the everyday problems of being a teenager, discovers she has magical powers. Moving to a new town, making new friends, and fitting in a new school is hard enough. Discovering you’re a witch is harder. Grachi! was created by Venezuelan author, Mariela Romero who is represented by Solange Rivero.