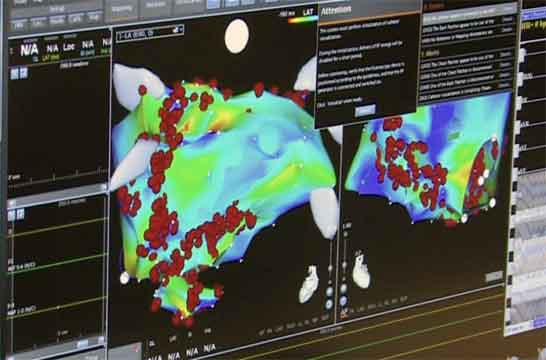 The Assembly Health Committee has the opportunity on May 5, to create a dedicated revenue source for California families to live healthier lives and to help reverse alarming health epidemics of diabetes and heart disease. A 2-cent-per-ounce health impact excise fee on sugary drinks is expected to generate an estimated $3 billion dollars a year. These funds will be used to create the “Children’s and Family Health Promotion Program” to prevent and treat obesity, diabetes, heart and dental disease. Furthermore, the fee is designed to initiate positive change by reducing the burden of attendant health conditions that result from the overconsumption of sweetened beverages. Sugary drinks are the number one source of added sugar in the American diet and have unique and proven health hazards.

“Sugar sweetened beverages are causing Californians to become overweight and have led to an epidemic of diabetes,” said Assembly Member Richard Bloom (D-Santa Monica) and author of the bill. “The beverage industry is marketing larger sized bottles and fountain drinks. They are using larger and larger cups especially when marketing to children. There are zero health benefits to drinking such a beverage and public health experts agree that a reduction in consumption is imperative. My bill aims to do just that.”

Across California, low-income communities of all types face great barriers to being healthy. This legislation would provide communities with tools that help children and families live healthier lives by promoting healthy living in a variety of ways, including providing increased access to clean drinking water and educating consumers in underserved communities about healthier options in the community and school environment.

“Californians are becoming increasingly overweight – consuming more empty calories per day – and a large part of that is caused by the increased consumption of sugar sweetened beverages,” said Kathy Rogers, Executive Vice President, American Heart Association, Western States Affiliate. “For example, a Super Big Gulp, which is 44 oz., has approximately 523 calories and the equivalent of 35 teaspoons of sugar. That’s nearly six times what the American Heart Association recommends for most women in one day. We should aim to protect the health of our children and families.”

There are widespread health risks associated with drinking sugary beverages, including diabetes, heart disease, stroke, and some cancers. Across the nation and in California, diabetes has reached epidemic proportions. Over the past 10 years, the percentage of American teens that has diabetes or pre-diabetes has increased from nine percent to 25 percent. Unless this growth trend is reversed, one in three children born after 2000 – and one in two Latino and African American children – will develop Type 2 diabetes in their lifetime.

“We are tired of burying our family members from Type 2 diabetes. It is a tragedy that this disease is so prevalent in our community that many Latinos now believe that getting diabetes is normal. The revenue from AB 1357 will establish a long overdue, sustained funding source for diabetes prevention in California, prioritizing communities with the highest diabetes rates,” says Xavier Morales, Executive Director of the Latino Coalition for a Healthy California.

Over the last 30 years the average American’s daily intake of calories has increased by approximately 300 calories. Sugar-sweetened beverages, including sodas, sweetened teas, sports drinks, and sweetened waters and fruit flavored drinks, account for 43 percent of that increase, and the average American now drinks more than 45 gallons of SSBs per year.

A statewide coalition – led by the American Heart Association and the Latino Coalition for a Healthy California, along with other leading health organizations such as Asian Pacific Partners for Empowerment, Advocacy & Leadership, California Rural Indian Health Board (CRIHB), Public Health Institute (PHI), 100 Black Men (Orange County and Sacramento), Urban League of Los Angeles, Council of Black Nurses and Roots of Change – has formed to advocate for the fee on sugary drinks to protect family health. The coalition is launching an educational campaign, “Choose HEALTH CAlifornia,” to raise awareness of the health risks of SSBs and generate support for the proposed fee in AB 1357.

About Choose HEALTH CAlifornia
Choose HEALTH CAlifornia is a coalition of several leading health groups, including the American Heart Association/American Stroke Association and the Latino Coalition for a Healthy California. Together we advocate to protect children’s and family’s health and work towards reducing the consumption of sugar sweetened beverages, increase water consumption and provide awareness, education and tools to move towards a heart healthier lifestyle.

About the American Heart Association
The American Heart (AHA) is devoted to saving people from heart disease and stroke – the two leading causes of death in the world. We team with millions of volunteers to fund innovative research, fight for stronger public health policies, and provide lifesaving tools and information to prevent and treat these diseases. The Dallas-based association is the nation’s oldest and largest voluntary organization dedicated to fighting heart disease and stroke. To learn more or to get involved, call 1-800-AHA-USA1, visit heart.org or call any of our offices around the country. Follow us on Facebook and Twitter.

About Latino Coalition for a Healthy California
Founded in 1992 by health care providers, consumers and advocates, the Latino Coalition for a Healthy California (LCHC) – the only statewide organization with a specific emphasis on Latino health – impacts Latino health through enhanced information, policy development and community involvement. For more information on LCHC visit www.lchc.org, like us on Facebook, or follow us on Twitter.