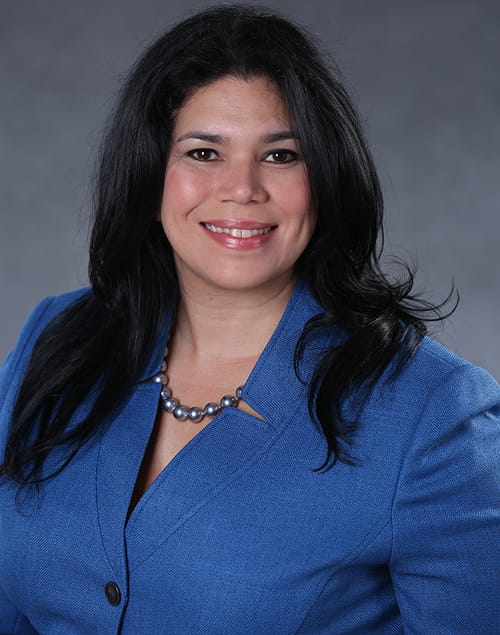 The National Association of Latino Elected and Appointed Officials (NALEO) today announced the election of its new president, Miami-Dade County School Board Member Lubby Navarro and additional Officers and Board Members.

Officers were elected to serve for the 2022–2023 term at the organization’s Board of Directors meeting on June 25, 2022, in Chicago, Illinois, on the final day of the NALEO 39th Annual Conference.

Other Board Officers elected during the meeting include:

New NALEO President, Miami-Dade County School Board Member Lubby Navarro, was born in Havana, Cuba, and has been a resident of Miami for more than 35 years. A dedicated public servant and proponent of education, President Navarro has served in her current role as a Miami-Dade County School Board Member for more than seven years. Prior to her role as NALEO President, President Navarro was First Vice President of the NALEO Board of Directors.

“As Latino leaders, we are fully aware of the diversity of the American experience and the shared immigrant heritage that defines our nation,” said newly-elected NALEO President and Miami-Dade County School Board Member Lubby Navarro. “With the Latino community and our entire country facing several challenging obstacles, I am honored to lead NALEO during a difficult time as we develop the next generation of leaders dedicated to public service.

“I would like to thank my predecessor, California Insurance Commissioner Ricardo Lara, for his leadership and vision on behalf of the organization. During his term, President Lara left his mark on our organization in several ways. Through times of unprecedented uncertainty, President Lara never wavered in his steadfast support of our organization’s mission. During his tenure, we continued to serve NALEO members throughout the country with virtual convenings, supporting their leadership as they valiantly served their constituents during the health crisis.”

“Serving as NALEO President has been an honor,” said outgoing NALEO President and California Insurance Commissioner Ricardo Lara. “Though my work in this role has officially ended, my work to empower the Latino community, strengthen our democracy, and help our nation’s Latino elected officials govern on behalf of the millions of constituents they represent — and the Latino community at large — will continue. I wish the best of luck to President Navarro and look forward to her leadership of NALEO.”

The following Board Members were also elected to serve for the Class of 2025-First Term, representing one of the most diverse slates:

This year was the first in-person NALEO Annual Conference since 2019, prior to the start of the pandemic, and took place in Chicago, Illinois, from June 23–25, 2022. The event brought together nearly a thousand Latino leaders and their supporters from across the country and across the aisle to facilitate the meaningful exchange of ideas and foster solutions around the day’s most pressing policy issues. Vice President Kamala Harris and Secretary of Education Miguel Cardona were among the national leaders who addressed the Conference.

About NALEO
The National Association of Latino Elected and Appointed Officials is the non-partisan leadership organization of the nation’s more than 7,000 Latino elected and appointed officials.