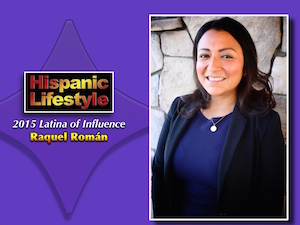 Since 2008, Raquel Román was hired as the Program Director of the Guadalupe Homeless Project – the only men’s shelter in the East Los Angeles area which provides a 90-day temporary shelter and meals. Alongside providing the basic quality services, her role as director has allowed her to be creative in connecting the men and families to resources, jobs and assisting in their transition to permanent housing. In 2008, she also created an additional component to the shelter, the Peer to Peer Job Training Program; which employs approximately 50 men per year. It connects the men from our shelter to non-traditional jobs, creating a source of revenue while also building their confidence and self-esteem – the pillars that provide a foundation for an individual transition to permanent housing.

Inspired by the tragic death of a local Latina homeless woman, and after months of hard work, meetings, and planning – Raquel, along with her team, paved the way for the opening of an emergency homeless women’s shelter this past December 2014 in the community of Boyle Heights. With over 12,000 homeless women on the streets of Los Angeles, Raquel envisioned that addressing this critical issue of homelessness for women, active leadership, advocacy and organizing must begin by taking the first step and open the doors to 15 senior homeless women. Now, every day these women have a bed, meals, and access to resources, basic healthcare, and education – and a lot of love!

Beyond the awesome impact of her daily work Raquel does as director of the shelters, she also has set her goals in continuing her advancement in education. After several years of putting off education, she recently returned and now has graduated with a Bachelor’s Degree in Chicana y Chicano Studies and a Minor Degree in Gender Women Studies. Her eyes are now set to pursue a Master’s Degree in Public Policy.