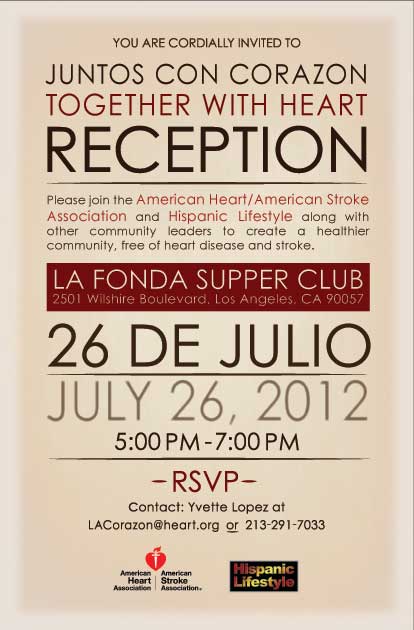 Please join the American Heart/American Stroke Association and Hispanic Lifestyle along with other community leaders to create a healthier community, free of heart disease and stroke.

Hispanic Lifestyle will feature segments from an upcoming episode discussing health issues affecting the Latino community.  Cost to attend the event is FREE, but you must RSVP.

Major Causes of Death for Hispanic or Latino Males and Females, 2008