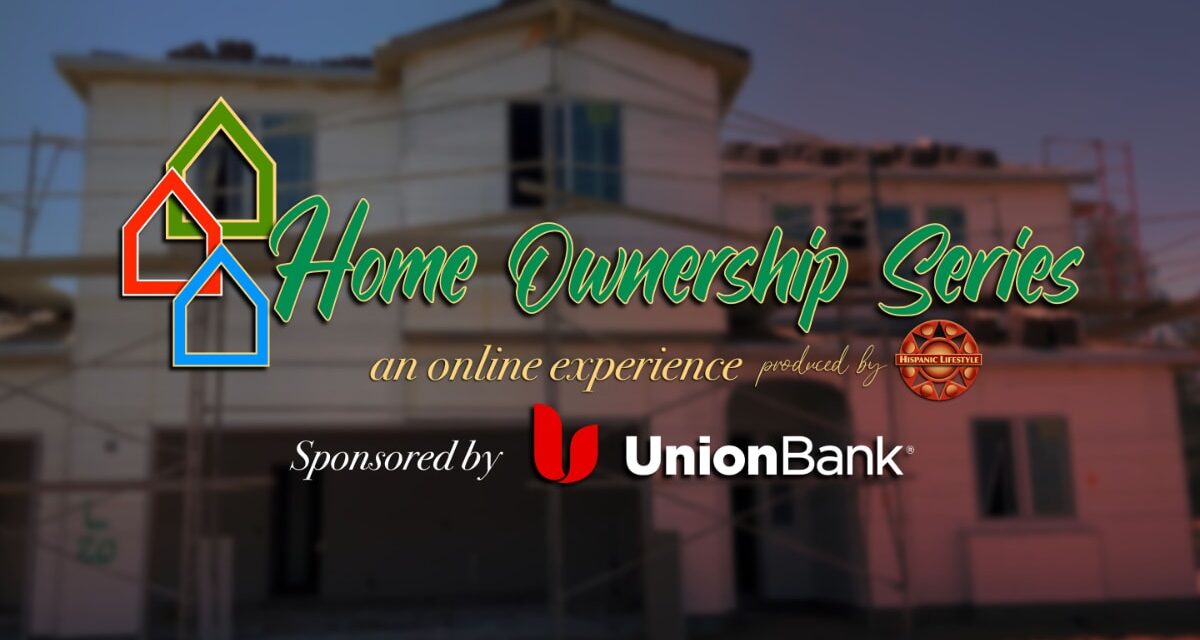 Hispanic Lifestyle Home Ownership Summit Series debuted on Wednesday, June 22, 2022. We featured speakers that are experts in the areas of mortgages and resources for current and first time home buyers.  During this exclusive online experience produced by Hispanic Lifestyle and sponsored by Union Bank. We talked affordable housing, the real estate industry and generational wealth building for Latino families.  A key insight is that our experts talked about the importances of building a team to achieve your goal of purchasing a home.

If you would like to participate or request sponsorship information for future online experiences produced by Hispanic Lifestyle, please contact Richard Sandoval at RDS@HispanicLifestyle.Com

Our program streamed online June 22, 2022. Below are the start times for each of our special guests.

Below are the bios of the speakers and presenters, who will provide insights for the Home Ownership Summit.

Please note, event speakers and presenters are subject to change without notice. 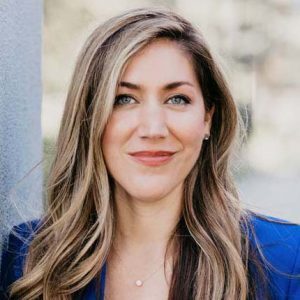 Nuria Rivera sits on the National Board of Directors and also serves as a chapter coach for the National Association of Hispanic Real Estate Professionals® (NAHREP®). She is a millennial entrepreneur and launched a title and escrow company in 2015, Novation Title Insurance Agency, of which she is CEO. Although it is a newer company, Novation Title has received Utah’s “Best of State” award for four years in a row since in 2016, which was a very humbling experience for Ms. Rivera and her team. Ms. Rivera came to the United States when she was 11 years old and learned a new language and culture. She feels passionately about the community and giving back and has a non-profit organization called “Dreamers’ Foundation” that holds an annual fundraising event to give back to an already established charitable organization.

Ms. Rivera recently started an entrepreneur coaching company to follow one of her passions which is self-development and growth. She fulfills her purpose by teaching and helping others create the life they desire.

Ms. Rivera loves traveling, music, creative art, running, reading, and family. A focus for her is contributing to her community, so finding ways to give back in all that she does is of priority. She feels passionately about reaching goals and wants to help the community and people around her reach theirs. She feels that her purpose in life is to develop, inspire, empower and help change our world. 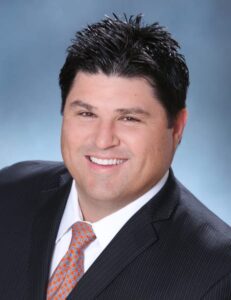 Sam Assael is Managing Director and Head of Home Loans for Consumer Markets at Union Bank®. With more than 20 years of experience in the mortgage industry, Assael oversees more than 150 mortgage and support specialists throughout California, Oregon, and Washington. In this role, Assael launched the First Time Home Buyer (FHA) and Veterans Administration (VA) loan programs at Union Bank, enabling the bank to expand its presence in low-to-moderate income (LMI) lending and enhance the bank’s overall performance in Community Reinvestment Act (CRA) lending.

Prior to joining Union Bank, Assael held numerous sales leadership positions at JP Morgan Chase within the broker and first mortgage wholesale originations divisions. In these roles he built long-lasting relationships with brokers, developers, realtors, and a robust center of influence (COI) group spanning from attorneys to accountants throughout California.

Assael currently serves serves on the Boards of Directors of the University of San Diego Alumni Association and the San Diego Sports Association.

Assael holds a bachelors degree in business administration from the University of San Diego, where he played college baseball for four years. He resides in San Diego with his wife and son. 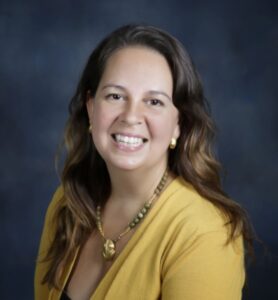 A seasoned veteran in the arena of economic and community development, Marla brings over 20 years of expertise in small business development, community-based financial services and international aid with an emphasis on Latin America and the US Latino population. Prior to joining NALCAB, she served as the Executive Director of the Latino Economic Development Center in Washington, DC leading regional efforts to drive the economic and social advancement of low- to moderate-income Latinos by equipping them with the skills and tools to achieve financial independence. She also served as a NALCAB board member from 2016-2020.

Marla is a graduate of the University of Wisconsin at Madison with a BA in Political Science and she received her MA in International Economics and Latin American Studies from the Johns Hopkins University School of Advanced International Studies.

Prior to her tenure at LEDC, Marla worked for DAI managing multimillion-dollar international development contract opportunities funded by USAID and other donor agencies in countries such as Bolivia, El Salvador, Mexico, Nicaragua, and her native Panama. She also served as the Director of Seedco’s Upper Manhattan Business Solutions Center in Harlem – an initiative in collaboration with the New York City government to provide consulting and access to financing to local businesses.  In addition, she helped Seedco develop and implement its long-term small business services approach after they were chosen to participate in the City’s September 11, 2001 small business crisis response.

Marla is a board member of the Opportunity Finance Network (OFN), the National Housing Trust, Self Help Ventures Fund, and is a founding member of the National League of Minority Voters’ board. She is a former Aspen Institute Emerging Leaders in Microbusiness-ELM2 Fellow and a graduate of the Citi/OFN Leadership Program for Opportunity Finance at The Wharton School of the University of Pennsylvania. Marla serves on Capital One Bank’s and PNC Bank’s respective Community Advisory Councils and was an advisor to Wells Fargo’s regional “Where We Live” initiative. She was named a Community Champion for the Washington, DC metropolitan area by Capital One Bank in 2015.

Most notably, Marla was appointed by President Biden to serve on the Department of Treasury’s CDFI Fund Community Development Advisory Board and is the first Latino to be elected Chair of that Board and only the second female to Chair the Board in its 27-year history. 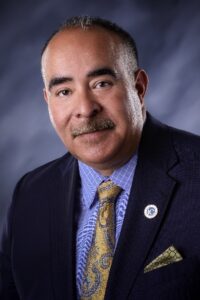 Paul Granillo has served as President and CEO of the Inland Empire Economic Partnership since 2010.  During that time IEEP has become one of the most recognized statewide organizations focused on galvanizing cross sector leadership in order to build a stronger regional economy through a triple bottom line framework.

IEEP has a strong policy focus and works in Washington D.C., Sacramento and locally to insure the San Bernardino and Riverside Counties issues are well represented. Paul has also put a special focus on leadership training for the regions public and private sectors next generation.

Paul sits on many National and Statewide Boards including UnidosUS, the Regional Economic Association Leaders of California, the Campaign for College Opportunity and the Leadership Council of the Public Policy Institute of California. Paul is a board member and past Chair of Mobility 21, which is a coalition that brings together public, business and community stakeholders to pursue regional solutions to the transportation challenges facing Southern California.  He also serves on the board and is Past-Chair of the California Stewardship Network, which develops innovative regional solutions to the state’s most pressing economic, environmental, and community challenges. He has also served as Past-Chair of the California Economic Summit and is a member of its Steering Committee. In 2018, Mr. Granillo was named Regional Steward of the Year by the California Economic Summit for his work on behalf of businesses and residents of the Inland Empire and was also honored for that work by the California State Legislature.

Additionally, Mr. Granillo serves on the Southern California Association of Governments Global Land Use and Economics Committee, the California State University San Bernardino Foundation, the Leonard Transportation Center, Californians Dedicated to Education Foundation and as President of the Board of Trustees of the Riverside Art Museum/Cheech Center for Chicano Art

A native of the Inland Empire, Granillo was born and raised in Redlands, California. He received a B.A. in History from California State University San Bernardino, a Master of Divinity from St. John’s Seminary in Camarillo and a Licentiate in Canon Law from the Catholic University of America in Washington, D.C. 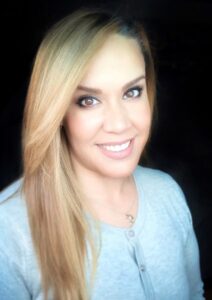 Jennifer Rodriguez is an exceptional educator who lives and breathes the creation and implementation of innovative ways to deliver motivational financial literacy programs and credit counseling to community members, youth, and military community members. Jennifer was named by the National Foundation for Credit Counseling (“NFCC”) as Outstanding Educator of the Year for 2013. This award was for her impressive work as a leader in the financial literacy field. The award is part of the NFCC’s Professional Achievement and Counseling Excellence (PACE) Awards program.

As a bilingual educator and financial coach, Jennifer has taught thousands of consumers in both English and Spanish how to better manage their money, improve their credit and promote family self-sufficiency. Jennifer has been interviewed as a trusted resource and subject matter expert by the Spanish language television outlets Telemundo and Univision for her impressive work in the financial literacy field. Jennifer joined credit.org in 2005. 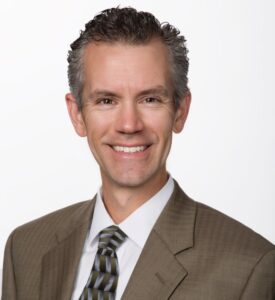 Eric Johnson has worked in affordable housing for 18 years, and is passionate about the importance of communicating with the people who have been most impacted by unfair, unjust and discriminatory practices in the housing industry.  He speaks enough Spanish to be dangerous and really enjoys his job. 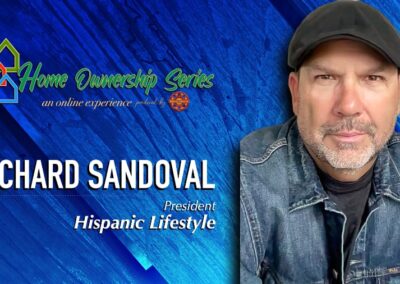 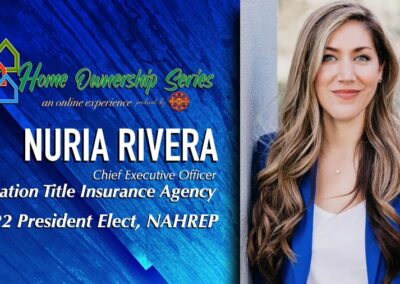 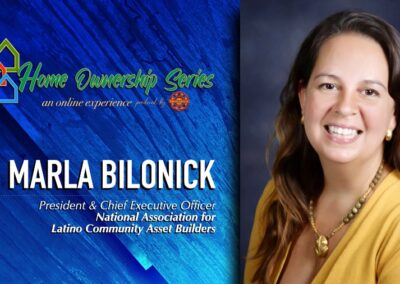 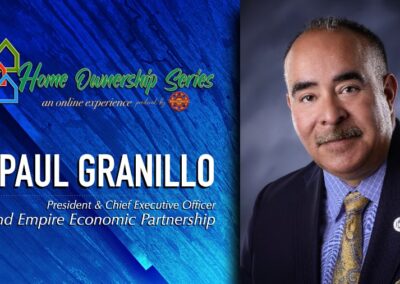 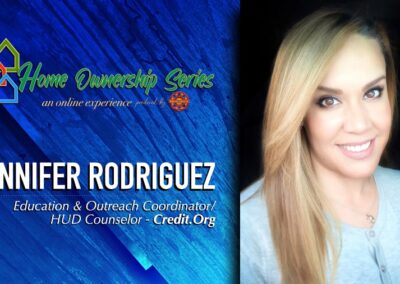 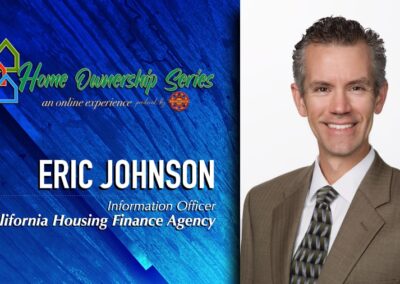 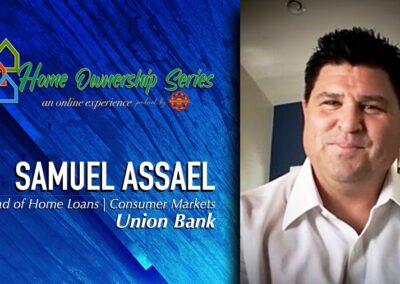 U.S. National Homeownership Month is in June. It celebrates the value that owning a home brings to families, communities, and neighborhoods across America. By becoming a homeowner, people get a step closer to the American dream.

Most Americans had no way of really owning a home in the 1800s. Mortgages became common only after the U.S. banking system came into being after the 1860s National Bank Acts.

During the time of the Great Depression, the banks did not have any money to lend and the average borrower didn’t have any cash. As a result, people couldn’t afford to buy homes, while existing homeowners often failed to pay their debt. To stabilize the housing market, the U.S. government created the Home Owners’ Loan Corporation in 1933, the Federal Housing Administration in 1934, and the Federal National Mortgage Association (now known as Fannie Mae) in 1938. All these institutions took homeownership to new heights and helped prevent a crash in the housing market.

What changed the face of the housing industry, along with that of the American economy, was the G.I. Bill of 1944. This bill provided subsidized mortgages for the veterans of World War II. Another milestone in the history of American housing came when Congress passed the Fair Housing Act of 1968. The Act was signed by President Lyndon B. Johnson and banned discrimination in housing based on religion, race, gender, and national origin. It came into being only a few days after the assassination of Martin Luther King, Jr.

In its 87 years of existence, the Federal Housing Administration (FHA) has saved America an almost $4 trillion loss of household wealth. It has helped more than 44 million citizens to become homeowners.

National Homeownership Week began in 1995, which was a strategy of the administration under President Bill Clinton to increase homeownership across America. Later, in 2002, President George W. Bush expanded the period of observance from a week to the entire month of June. National Homeownership Month reinforces the belief that owning a home is one of the steps towards achieving the American dream.