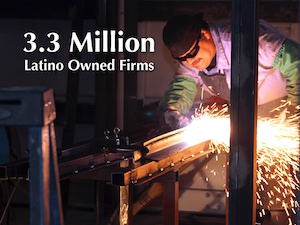 Here are the highlights of the report released by the United States Census Bureau based on the 2012 Survey of Business Owners. Hispanic Lifestyle will release more details of the report, but for now here are few noteworthy figures. Meet Latino Owned Businesses at Hispanic Lifestyle’s 2016 Southern California Business Expo and Conference on June 9, 2016 at the Ontario Airport Hotel and Conference Center.

Source | The Survey of Business Owners is conducted every five years as part of the economic census. The 2012 survey collected data from a sample of more than 1.75 million businesses. The collected data in a sample survey are subject to sampling variability, as well as nonsampling errors. Sources of nonsampling errors include errors of response, nonreporting and coverage.