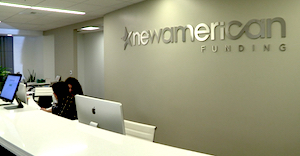 New American Funding is recognized by Hispanic Lifestyle as a company that has Survived and Thrived. Their efforts will be celebrated at our 2016 SoCal Business Expo and Conference on June 9, 2016 at the Ontario Airport Hotel & Conference Center.

In 2006, New American Funding had grown by over 300%, and with this increase in workforce, the Arvielos were able to take the next step in their business plan and establish a Retail-Based Lending Division. The goal in establishing this division was to grow their presence in the purchase market. By seeking out top professionals in the industry and creating an environment that fosters healthy business-building partnerships amongst Loan Officers and Real Estate Agents, the division was fully established by 2010.

While New American Funding’s Retail-Based Lending Division was taking off, the Arvielos felt it was time to respond to the needs of the newly re-energized mortgage brokers of the industry. In November of 2011 they launched their Wholesale Division.

With the history of immense success in establishing the Wholesale and Retail Divisions, the slow-but-hopeful come back of the new home construction industry, and the gaining of top leadership talent, the company confidently launched their Builder Division in November of 2012. The Builder Division allows loan officers, borrowers, and builders the ability to work together throughout the new home construction loan process.

Today, with well over 1,700 employees, nationwide branches, a servicing portfolio of $9 billion, and funding over $900 million per month, New American Funding is at the height of their game.

Patty Arvielo has more than 30 years of experience in mortgage, Patty has risen to the top executive ranks and become a source of lending expertise for the industry. She is co-founder of New American Funding, and in addition to her role as President of the national mortgage banker, she continues to originate loans while managing all sales and operations.

Patty’s leadership extends beyond her roles at New American Funding and into the mortgage industry. She serves on the affordable lending panels for Fannie Mae, Freddie Mac, and HUD, is on the Diversity Committee and the Consumer Affairs Advisory Council for the Mortgage Bankers Association, and is the Corporate Board of Governors Chairman for the National Association of Hispanic Real Estate Professionals.

She frequently visits Washington D.C. to lobby on behalf of the mortgage industry and homeowners. Patty is passionate about improving lending services for the Hispanic community, is involved with charitable organizations like Big Brothers Big Sisters, and has become a sought after keynote speaker for mortgage events across the nation.