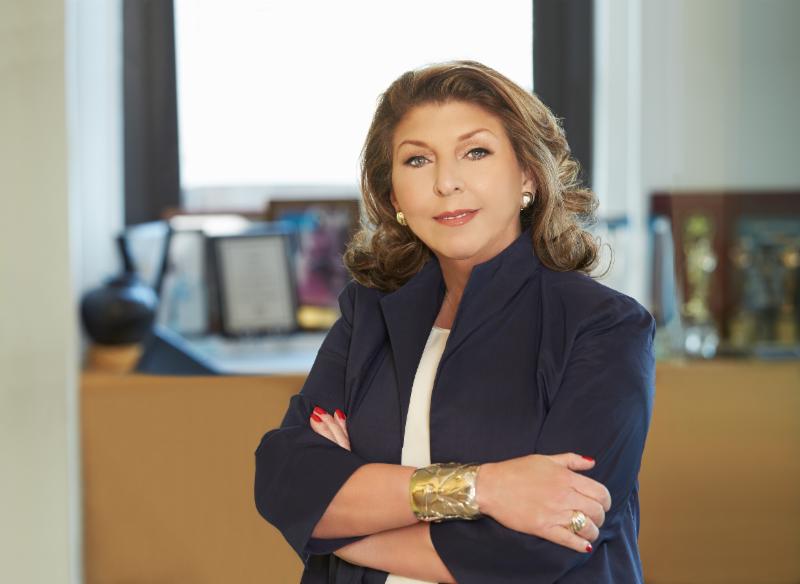 Daisy Expósito-Ulla, Chairman/CEO, the iconic, multi-awarded advertising industry leader, will be inducted on April 24th, 2018 into the AAF Hall of Fame, undoubtedly the highest honor bestowed by America’s Advertising Industry. The announcement was made in Washington D.C. by AAF officials.

Expósito-Ulla, a well-known powerhouse of creativity, business-building and industriousness, has been widely recognized as a pivotal architect of the Hispanic Market in the United States. Her pioneering efforts for the industry started at an early age when the market was significantly smaller from what it is today. However, the induction announcement makes it clear that the recognition takes place in consideration of her contributions to American Advertising as a whole.

Daisy Expósito-Ulla will also be presented with the distinguished David Bell Award for Industry Service, awarded to recognize extraordinary and unique contributions and service to the advertising community and industry as a whole. The award is named in honor of David Bell (Hall of Fame Class of 2007), a visionary leader and mentor to several generations of advertising professionals.

“We are very proud to have some of our industry’s most accomplished leaders and admired legends in the AAF’s Hall of Fame Class of 2018. Our Council of Judges – leaders in media, marketing and advertising, including current Hall of Fame members – worked diligently to select this diverse group that represents the best of the best,” said Wenda Harris Millard, Vice Chairman of MediaLink, and Chairman of the Advertising Hall of Fame.

“I’m so honored to be included among this distinguished group to be inducted into the AAF Hall of Fame,” Daisy Expósito-Ulla, Chairman and CEO, d expósito & Partners.

Daisy Expósito-Ulla is a pioneer and a recognized authority in multicultural marketing and brand communications. In 2015, d expósito & Partners was chosen AEF Agency of the Year by the Advertising Educational Foundation which also recognized Daisy “for her contributions to American advertising.” Among her many honors: The New York Women in Communication’s Matrix Award; AAF’s Role Model; New York Women’s Agenda Star; The Carnegie Foundation; The Carvel Immigrant Award; and New York’s International Center recognition which she shared with Nobel laureate Elie Weisel and former Secretary of State Henry Kissinger.

At Young & Rubicam/WPP’s The Bravo Group, Daisy led and helped build a multi-million dollar company to reach billings of nearly half a billion, advancing it to be the largest Hispanic and multicultural agency to this day. Presenting Daisy with an award, Ambassador Ed Ney, Chairman emeritus, Y&R, described her as “the most important Madison Avenue success story written by a woman not born in the United States.” In 2005, she helped found d expósito & Partners with a group of former colleagues and her husband and partner, award-winner filmmaker, Jorge Ulla.

Besides having received numerous industry and creative awards (Clio, Effie, Addy, ADCOLOR Lifetime Achievement Award among others), she is consistently acknowledged as one of the Most Influential Latinos in the U.S.A. Her participation on boards includes the Ad Council, the AEF, and the 4A’s Foundation and she is a founding member of AHAA (The Association of Hispanic Ad Agencies) and served as its president.

About d expósito & Partners
d expósito & Partners is a multi-service communications agency with a fresh business model designed to help clients win consumers. Propelled by a Hispanic-centric DNA and its Multicultural expertise, it is positioned as The New American Agency™, helping brands engage today’s technologically-savvy, multicultural consumers, while leveraging the compelling opportunities represented by U.S. Hispanics. It is an independent, minority- and woman-owned firm that provides relevant in-culture communications. http://newamericanagency.com