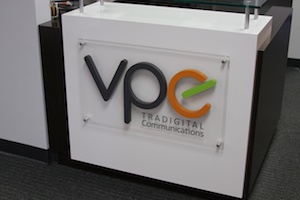 VPE TRADIGITAL Communications owned and operated by partners John Echeveste and Patricia Pérez is being recognized as a company that has Survived and Thrived.  Wells Fargo Bank is the presenting sponsor of Hispanic Lifestyle’s 2014 Business Expo and Conference to be held on August 6, 2014 at the Ontario Airport Hotel and Conference Center.

From their website.
Since 1988, Echeveste has helped developed public relations programs for major national brands such as McDonald’s, Verizon, Southern California Edison, Disneyland, Target Stores, DirecTV, Nestlé, and others. He is a founding member of the Hispanic Public Relations Association (HPRA) and recipient of its PRemio Award. He also received the Public Relations Society of America Pioneer Award in 1994. In 2003-2004, he served as president of the Public Relations Global Network, an association of 45 worldwide PR agencies.

Patricia Pérez has been a guiding force behind the establishment of VPE Public Relations as one of the nation’s leading Latino-owned public relations firms, and has been an active leader in numerous non-profit organizations that seek to improve the conditions of the Latino community locally and nationally.

She serves as an exemplary model of a Latina businesswoman who is committed to serving her community in both her professional and voluntary pursuits.

Pérez joined VPE in 1990 and became a partner in 1992. She oversees VPE’s Social Marketing Division, which manages social advertising, public awareness, consumer education and community outreach campaigns for governmental, non-profit and foundation clients. Through her leadership, the California Latino 5 a Day Campaign won six awards for communications excellence and many of its programs have been adopted by other national initiatives. Other social marketing programs the agency has managed include: Get Real About Teen Pregnancy for The California Wellness Foundation; Drunk and Drugged Driving Prevention for the Office of Traffic Safety; The Dept. of Justice’s Elder Abuse Prevention program; and the Can It Campaign for the Los Angeles County Office of Public Works, among many others.