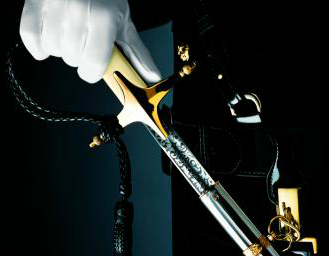 “This Hispanic Heritage Month we will be out in the community, engaging the young and old, spreading the Marine Corps message of honor, courage and commitment in recognition of this important month,” said Lieutenant Colonel Ronald Peterson, Assistant Chief of Staff for Advertising, Marine Corps Recruiting Command. “The mission for every Marine is to serve our country not only abroad, but at home too.”

Throughout the celebratory month, Marines will engage with communities across the nation:

In addition to partnering with organizations, the Marine Corps has partnered with Major League Soccer (MLSsoccer.com).

The MLS will be featuring a video series, “Journey to Excellence,” that showcases Hispanic professional soccer players and demonstrates how their successes can be attributed to the values learned through a Hispanic upbringing. The Hispanic values the soccer players all refer to relate back to the core values of honor, courage and commitment – which serve as the foundation of the Marine Corps.

Terra Networks, a leading bilingual media platform highlighting Hispanic-focused entertainment, sports and news, will highlight the stories of several Latino Marines throughout the month in a custom Hispanic Heritage Month hub on their popular website.

“Hispanic Heritage Month is when all Americans should take a moment to recognize the great contributions that men and women of Hispanic descent have made throughout the history of the United States,” said LtCol Peterson. “Being able to observe different cultures, traditions and ways of life is what makes this country and the Marine Corps so great.”