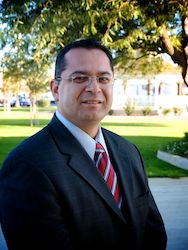 “These committees span issues relevant to the communities I represent and build off of policy expertise I have developed over the last four years in the Legislature.

There is much work to be done to keep the economy growing and our communities thriving
,” said Pérez, “and I look forward to a productive legislative session.”

In December, the Speaker appointed Asm. Pérez to serve as Democratic Whip, and as a member of the Speaker’s leadership team, Pérez moved from the position of chairman of the Committee on Jobs, Economic Development, and the Economy to serving as a regular member of that policy committee.

Also in December, Pérez was nominated by his peers to serve as Vice Chair of the California Latino Legislative Caucus.  As Vice Chair, Pérez will serve a one-year term work closely with State Senator Ricardo Lara, Chair, to set the direction and priorities of the Caucus.