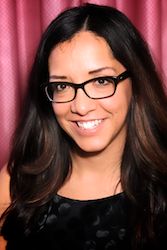 About our Latina of Influence – Margarita Florez

Margarita Florez joined KIPP LA in 2010 as a founding principal of KIPP Comienza Community Prep. Margarita came to KIPP LA from the KIPP Foundation, where she recruited outstanding educators and leaders to build KIPP schools all across the country. Prior to joining KIPP, Margarita worked as a second grade teacher and instructional coach for three years at Think College Now, a college-preparatory public elementary school in Oakland.

Prior to that, Margarita taught first grade at Rowan Avenue Elementary School in East Los Angeles for two years, while completing her Masters of Arts in Elementary Education at Loyola Marymount University. Margarita earned her undergraduate degree from the University of California, Berkeley.

From Margarita’s Nomination
I would like to nominate my school leader, Margarita Florez as a Latina of Influence.  Aside from being an exceptional educator, she is a fearless leader who believes in educational justice and equity. Passionate about her community, she leads with the intention of transforming the educational landscape of students in east and south east Los Angeles.
Margarita Florez is the founding school leader of KIPP Comienza Community Prep. Students at KIPP Comienza are set on a college trajectory from their first day of kindergarten and learn that climbing the mountain to college is hard work, but that they have the courage and ganas to achieve their goals. On average, students at KIPP Comienza Community Prep score in the 94th percentile on national standardized tests.
Nominated by Eréndira Muñoz