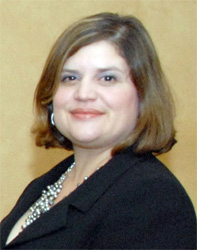 Helen Iris Torres is the Executive Director of Hispanas Organized for Political Equality (HOPE) is one of Hispanic Lifestyle’s 2013 Latinas of Influence.

Ms. Torres has over twenty years of alliance building, community relations, marketing, and fundraising experience and expertise. Her primary focus is the achievement of HOPE’s vision to inspire and empower Latina leadership.

One of HOPE’s signature programs is the HOPE Leadership Institute (HLI). HLI is the first and only statewide leadership program specifically designed for professional Latinas in California. The goal of the Institute is to train Latinas in vital leadership and advocacy skills, enabling them to create fundamental change within their local neighborhoods and across California. Today, more than four hundred Latinas have graduated from HOPE’s Leadership Institute. All of these women have gone on to serve their community. From this distinguished group there are 40 local and statewide commissioners, 17 elected officials, six mayoral appointments, eight gubernatorial appointments, five presidential appointments and two judges. In recognition of its efforts, The Anna Maria Arias Foundation named HOPE the 2012 Advocate of the Year for its commitment to improving the quality of life for Latinas.

Prior to joining HOPE, Ms. Torres was a community relations officer for United Way of Greater Los Angeles, the largest private funder of health and human services in Los Angeles County; she lead community outreach efforts and managed new business development. Her major responsibilities included recruiting volunteers to assist in resource development and the creation of community based programs.

Ms. Torres previously worked at an environmental public relations firm. There she managed a public education account and supervised six subcontractors for the Los Angeles County Department of Public Works House Hazardous Waste Public Education. The account won a 1996 “Prism” award from the local chapter of the Public Relations Society of America (PRSA).

She started her career at Burson-Marsteller, the world’s largest public relations firm. At Burson-Marsteller she developed and executed media and special events for Chevron and Coca Cola. She devised strategies and marketing proposals to increase clients’ visibility in the Hispanic market. Ms. Torres designed and managed the introduction of Chevron’s education program, Family Science, to a pilot market in Fresno. After the first year, the program expanded to four additional Hispanic markets: San Jose, San Diego, Houston, and Miami.

She is currently serving as the Vice Chair of California Volunteers a statewide commission, a board member of the Zero Divide Foundation, Chair of the Hispanic Advisory Board for The National Campaign to Prevent Teen and Unplanned Pregnancies. Ms. Torres is very proud of the fact that she started as a volunteer for HOPE. She was a former HOPE Board Member and Chair of Latina Action Day in Sacramento, a conference produced by HOPE, and a graduate of the HOPE Leadership Institute.Ms. Torres earned a Masters degree in Urban Studies and Communications from Michigan State University. She holds a Bachelors degree in Communication from Michigan State University. She has been honored by her high school as alumni of the year in 2003 and is a sought out speaker on women issues.

HOPE is a California statewide nonprofit, nonpartisan organization committed to ensuring political and economic parity for Latinas through leadership, advocacy, and education to benefit all communities and the status of women.

This nomination was submitted by, Dolores L. Arredondo, HOPE Board Chair