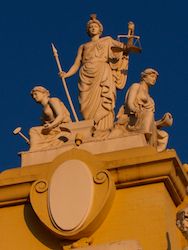 Senator Dianne Feinstein (D-Calif.) today issued the following statement on the nomination of Magistrate Judge Fernando M. Olguin to serve on the United States District Court for the Central District of California:

“I was very pleased to recommend Magistrate Judge Fernando M. Olguin to the President for nomination to the District Court in Los Angeles,” Feinstein said.  “Judge Olguin has built an impressive record of success in more than 10 years as a Magistrate Judge, including authoring hundreds of published opinions.  He is a thoughtful and respected Magistrate Judge and he will be able to hit the ground running on the Federal District Court, which has the sixth-highest civil caseload in the Nation.”

Judge Fernando M. Olguin has served as a Federal Magistrate Judge for the United States District Court for the Central District of California since 2001.

Growing up in Azuza, Calif., Judge Olguin was the first in his family to attend and graduate from college.  He earned a bachelor’s degree from Harvard University and a master’s degree and law degree from the University of California at Berkeley.

Olguin began his legal career as a law clerk to District Judge Carl A. Meucke in the District of Arizona.  Following his clerkship, he entered the Department of Justice through its Honors Program, serving as a Trial Attorney in the Civil Rights Division and enforcing the Fair Housing Act and the Public Accommodations Act.

In 1994, he became the National Director of the Education Program for the Mexican-American Legal Defense and Educational Fund.  The following year he joined the law firm Traber, Voorhees & Olguin as a partner handling civil rights and labor cases.