From the Web | Miami Beach Models 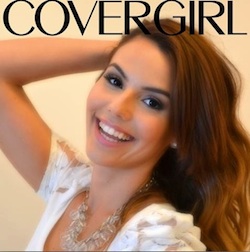 NuevOn YouTube® launched the last episode of its first season of “Miami Beach Models,” crowning model Ruth Feliciano as the winner of the popular latin-model-search reality series sponsored by COVERGIRL®. Ruth won the grand prize of $10,000 and the opportunity to become a COVERGIRL® digital ambassador to be featured in COVERGIRL® online platforms as one of the Latina voices for the brand.

Ruth Feliciano, actress, model, and Puerto Rican singer, started her artistic career at a very early age. At only three years old, Ruth took part in her first theater play at the “Centro de Bellas Artes de Puerto Rico.” During her teenage years, she began her modeling career by participating in shows, photo shoots as well as television commercials. Once graduated from high school, Ruth started her degree at “Universidad de Puerto Rico” acquiring a Bachelor of Sciences in Communication Studies with a focus on Drama. During her studies she also worked on several audiovisual projects as well as hosting some television projects.

After completing her education, Ruth moved to Miami, FL. pursuing her acting career, with much effort and dedication, she started to open the doors in the Miami showbiz scene, starring in shows such as; Mujeres Atrapadas, Micro Teatro, Locos por Shakespeare (El Mercader de Venecia), Cleopatra, Lorca Vive and Presentadora de día & Perra de Noche, amongst others. Ruth also participated in several Miami based fashion shows, where she currently resides. In 2013 Ruth, faced her latest challenge, participating and winning Miami Beach Models the latin-model-search reality series sponsored by COVERGIRL®

The 12 episodes of “Miami Beach Models” series, subtitled in English aired on NuevOn, the #1 Hispanic original YouTube™ channel created by Luis Balaguer’s Latin WE in partnership with Ben Silverman’s Electus. The reality show featured 10 Latin beauties from different countries, each unique in their own way, with a personal story and an impressive array of talents, yet all with the same mission and only one goal in mind, to become the first Miami Beach Model.

Shot in a beautiful mansion in Miami Beach, “Miami Beach Models,” featured contestants living under the same roof and resulting in drama of 10 fiercely competitive Latinas that captured their best and worst, an experience that changed their lives.

Each episode featured contestants facing incredible challenges that included tutorials on how to use multiple COVERGIRL® products, underwater photo shoots, experiences with animals on the Everglades, challenges on the beach, creative and make up tests and many more, that pushed their skills to the limit where each judge assessed explicitly their performance and decided who stays, who goes and the ultimate winner, Ruth Feliciano.