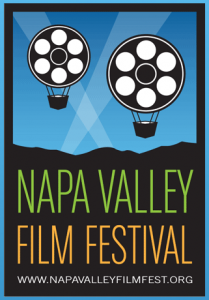 On Opening Night, Wednesday, November 13, the Festival will present August: Osage County, based on the award winning play, and directed by John Wells, one of the most prolific writers, directors and producers for television, film and stage. The film stars the legendary Meryl Streep and Julia Roberts, as part of a dysfunctional family returning to their home in Oklahoma. Sam Shepard, Juliette Lewis, Ewan McGregor, Julianne Nicholson, Margo Martindale, Chris Cooper, Benedict Cumberbatch and Abigail Breslin round out the stellar supporting cast.  Courtesy of The Weinstein Company.

The Immigrant: Directed by James Gray, this emotional film brings to life his obsession with social class, in particular the immigrant experience that relates to his Russian Jewish heritage. In search of a new start, Ewa Cybulski and her sister sail to New York from Poland. When they reach Ellis Island, doctors discover Magda is ill, and the two women are separated. Alone and desperate to unite with Madga, Ewa falls prey to Bruno, a charming but wicked man who forces her into prostitution. The arrival of Orlando the Magician restores her hopes for a brighter future. Starring Marion Cotillard, Joaquin Phoenix, and Jeremy Renner. Courtesy of RADiUS – TWC.

Nebraska: Yet another remarkable film directed by Alexander Payne, Nebraska captures the effortless acting of an aging man (Bruce Dern) who is convinced he has won one million dollars and travels across two states with his estranged son (Will Forte) to claim his winnings. Payne captures real-life love and heartache through his breathtaking sceneries and script. Dern has already won the best acting prize at the 2013 Cannes Film Festival. Nebraska will screen as a Sneak Preview on Tuesday, November 12 at the Cameo Cinema in St. Helena. Courtesy of Paramount Pictures.

Philomena: The Festival is proud to screen Philomena as its Centerpiece Presentation. Celebrated Director Stephen Frears has always embraced a wide variety of styles, themes and genres. Philomena, based on the book The Lost Child Of Philomena Lee by BBC correspondent Martin Sixsmith, is the true story of an Irish woman who was taken in by nuns as a pregnant teenager. Condemned to a slavish life at the abbey, she is forced to give up her four-year-old boy to an American couple she never meets.  Late in life, aided by a journalist, she sets out to find her son.  Starring Dame Judi Dench and Steve Coogan (playing Sixsmith).  Courtesy of The Weinstein Company.

“We are truly humbled and honored to be presenting these outstanding films prior to their end-of-year theatrical releases,” said NVFF Executive & Artistic Director Marc Lhormer.  “These star-studded movies are a nice complement to the over 100 new independent narrative and documentary features and shorts that comprise the main body of our film program. We invite everyone to join us in Napa Valley for a magical celebration at the most perfect time of year.”

This year’s Celebrity Tribute Program on Friday, November 15 will be hosted by Access Hollywood’s Billy Bush who will take the stage at Lincoln Theatre in Yountville for the third year, and once again amuse and delight audiences while interviewing the talented honorees and sharing stories.

Miles Teller had the distinct honor and privilege of making his feature screen debut opposite Nicole Kidman and Aaron Eckhart in the film Rabbit Hole based on the Pulitzer Prize-winning play.  In this tragic family drama, directed by John Cameron Mitchell, Miles played ‘Jason Willette’, a bit of a loner teen who escapes into a world of comic books and science fiction but whose solitary life comes crashing into the couple played by Kidman and Eckhart.  Miles’s career is really taking off.  He can currently be seen in theaters in the Sundance hit The Spectacular Now, opposite Shailene Woodley (The Descendants).  Other recent film credits include 21 & Over, Project X, and Footloose.   Next up are the comedy Get A Job and the fantasy action film Divergent.

Dianna Agron is on her way to becoming one of the most versatile, talented and sought-after young actresses in Hollywood.  She is most widely known for playing Quinn Fabray on Fox’s hit television series “Glee” for which she has been nominated for three Teen Choice Awards.  The “Glee” cast also won ‘Outstanding Performance by an Ensemble’ at the 2010 Screen Actors Guild Awards and two Golden Globe Awards for ‘Best Television Series – Musical or Comedy.’  Agron will next be seen in Luc Besson’s The Family, which follows the notorious Manzoni family when they relocate to Normandy under the witness protection program, where fitting in becomes challenging as their old habits die hard.  Distributed by Relativity Media, the film also stars Robert De Niro, Michelle Pfeiffer and Tommy Lee Jones.  The film will release on September 13, 2013.

John Lee Hancock is a Director, writer and producer, and has established himself as a distinctive voice in filmmaking.  His work on The Blind Side led to two Oscar nominations (Best Picture, Best Actress) and garnered Sandra Bullock her very first Oscar.  Previous film credits include: The Alamo, which he directed and co-wrote; The Rookie which he directed; My Dog Skip which he co-produced; Midnight in the Garden of Good and Evil and A Perfect World both of which he wrote with Clint Eastwood directing.  Hancock also serves as an advisor for the Sundance Institute’s Screenwriting Lab.

The Napa Valley Film Festival is produced by Cinema Napa Valley, a registered 501c3 non-profit organization headquartered in Napa, California. The Napa Valley Film Festival (NVFF) mission is to support the art of independent filmmaking and cinematic story-telling; enhance and diversify Napa Valley’s cultural landscape, and to provide educational opportunities in and out of the classroom for local students.  The ultimate celebration of film, food and wine, NVFF, November 13-17, lights up the picturesque towns of Napa, Yountville, St. Helena and Calistoga at the most colorful time of year. NVFF features over 100 new independent films and studio sneak previews screening in 12 beautiful venues throughout the 4 walkable villages, as 300 visiting filmmakers interact with audiences at screenings and intimate events. Attendees enjoy film panels & culinary demonstrations, wine tasting pavilions, the spectacular Festival Gala, Celebrity Tributes, Awards Ceremony, and an array of parties, VIP receptions and winemaker dinners and more.  For information or to buy passes, visit NapaValleyFilmFest.org or call 707-226-7500.