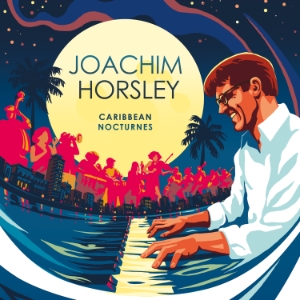 Having recently created original scores for film and television shows HBOMax’s Gordita Chronicles, Warner Bros. Batman: Soul of the Dragon and the hit Disney Channel show Big City Greens, Horsley continues to score his own story. “It’s an alternate universe: one where Beethoven, Chopin and Mozart are channeling Havana more than Vienna,” says Horsley. “To me, this is a way to meet old friends in a fresh context, giving our audiences a new take and a renewed appreciation for both the classical world and the caribbean cultures.”

As an American with a life-long passion for Caribbean music, Horsley jumped at the opportunity to study Cuban Music in Havana in 2015 through Aldo Mazza’s KOSA Cuban Workshop. This experience made a lasting impression on the classically-trained pianist and inspired him to create new music by taking the works of classical giants and combining them with traditional Afro-Cuban rhythms. In 2016, Beethoven In Havana, an arrangement of Beethoven’s 7th symphony in a Cuban style, performed entirely by Horsley using the piano itself as a percussion instrument, became a viral sensation and gained international attention. The overwhelming response led Horsley to produce his debut album, Via Havana.

Following the success of Via Havana, Horsley was eager to dive deeper into exploring the fusion of the two genres and after three years of recording, Caribbean Nocturnes was born. To Horsley, the most important element of this project is the collaboration with the various Afro-Caribbean musicians. It is his hope that merging these two worlds opens minds, expands audiences and encourages exploration.

Caribbean Nocturnes releases on September 2, 2022 across all digital platforms.