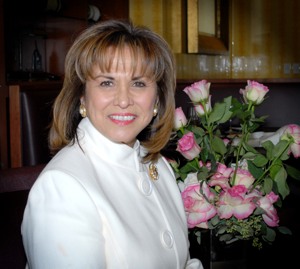 Helen Hernandez is the President and Founder of The Imagen Foundation and Executive Producer of the Imagen Awards. Over the last 29 years, the Imagen Foundation has honored such entertainment industry professionals such as Placido Domingo, George Lopez, Andy Garcia, Kenny Ortega, Cristina Saralegui, Antonio Banderas, Salma Hayek, John Leguizamo, Edward James Olmos, Jimmy Smits, Rita Moreno, Jennifer Lopez and Hector Elizondo.  Under her leadership, the Imagen Awards have become one of the most prestigious awards in the entertainment industry and have often been referred to as the “Latino Golden Globes”. These awards exemplify the best of what Hollywood can produce in portraying the image of Latinos and Latino culture.

During the inauguration of President Barack Obama, Helen organized a multi-cultural event celebrating our country’s diversity. She has also established an annual event honoring senior Latino entertainment industry executives to showcase Latino contributions to the “business of the business”.

Prior to establishing the Imagen Foundation and La Conexion, Ms. Hernandez was the Vice President of Public Affairs for Embassy Communications (presently Sony Pictures Entertainment). Acting as this major television production company’s local and national liaison, she was most instrumental in developing and supervising various corporate programs that enhanced the company’s reputation in the national community for socially and culturally sensitive programming.

Helen began her career as a labor union organizer for the United Furniture Workers of America, AFL-CIO and was trained at the George Meany Labor Studies Center in Silver Springs, Maryland. She became a skilled organizer and negotiator and was eventually named the first woman Western Regional Director by the UFWA International President.

Ms. Hernandez, in the past, has given testimony before the United States Commission on Civil Rights- “The Under Class,” the Congressional Select Committee on Aging and served on a panel at the Federal Communications Commission on “Women’s Ownership of Media Outlets,”

In 1981, Helen was awarded a Fellowship to study Labor History from the National Endowment for the Humanities at City University of New York. She was presented a Congressional commendation which was read and approved in the Congressional Record for her work in the entertainment industry by Congresswoman Hilda Solis in 2004. The National Association of Latino Independent Producers honored her in 2006 with a Lifetime Achievement Award. In 2007, she was named by the Hollywood Reporter as one of the 25 most influential Latinos in Hollywood.

Helen currently serves on the national PBS Board, PBS SoCaL Board, Chairman, National Association for the Hispanic Elderly and is a member of The Academy of Television Arts and Sciences. In the past, she has served on the Boards of the Dolores Huerta Foundation, Workplace Hollywood, National Council of La Raza (NCLR) and MALDEF (Mexican American Legal Defense and Education Fund) as well as the Chairperson for the California State Advisory Committee to the U.S. Commission on Civil Rights.