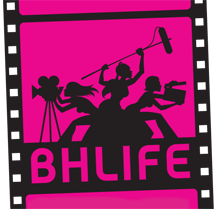 Casa 0101 theater doors are open and it’s time to celebrate the one and only 6th Annual Boyle Heights Latina Independent Film Extravaganza.This exciting and eventful weekend is devoted to some of the most creative, hard working, and talented Latinas behind the camera in the film industry.

Friday, March 2nd will make way for an extraordinary Opening Night Gala with star-studded red carpet arrivals and special musical guests, including the Grammy Award-winning Mariachi Divas and spinning DJ/music selector Rudy V and DJ Warrior.  BHLIFE is excited to open this year’s film festival with three short films featured by leading A-list Hollywood Latina actresses directing films for the first time – Eva Mendes, Zoe Salanda and Eva Longoria. Two of these films were featured on Glamour Reel Moments as a genuine and unique project embracing the community of women in Hollywood to increase the number of female directors. Films being showcased are: California Romanza – directed by Eva Mendes  starring Christina Ricci, Kathy Najimy, Troy Garity and Daniel Stern;  Kayelin – directed by Zoe Saldana (in films Columbiana and Avatar) and Cisely Saldana,  starring Bradley Cooper, Malin Ackermann, Judy Reyes, Isabella Acres and Kelli Barksdale; Eva Longoria’s A Proper Send Off  – starring Jacinda Barrett, Sam Page and Victoria Smurfit. In addition to this wonderful night Carmen Marron (director/writer of Go For It) will be honored and there will also be a sneak preview of Fanny Valdez’s film Homebound. It will be a festive night that will be setting the tone for BHLIFE.

Saturday, March 3rd the festival will start off the morning with a pitching seminar by Diana Lesmez (creator, producer and writer of Contracorriente and Puntos de Encuentro) with a day of over 25 independent films directed by Latinas. The films will share stories from documentaries, shorts, features, to experimental as well as music videos.  There will be an array of documentaries from El Andalon (the Healer), a story of Don Sergio Castro, who treats patients for free while building schools and water projects in Chiapas, to TLAKATILIZTLI that chronicles the experience of 24 women in the hoods of Los Angeles in a time where natural/home birth is a luxury. The film festival has a variety of short films this year highlighting stories of romance and life struggles which will be showcased in Paloma and Gordita, to stories of inspiration in dance and music in Mujer Maiz and the Understudy. In addition to the collection, guests will experience comedy with heartwarming film Le Petit Chef, and will embark upon an experimental film about destiny in Coming Together. These are just a few of the variety of films scheduled to be shown. For information on films and ticketing please go to, www.bhlife.org.  The night will follow with dancing and celebration with special performance by Nelson Ruiz (brother of legendary Frankie Ruiz and Viti Ruiz) with Juan “Tiny” Colon and the Sinonico de La Salsa band.

Sunday, March 4th will be a special afternoon with presentations on hot topic subjects on mobile filmmaking: Birth of a Medium with Dorian Ovalle and Jose Rodriguez from 1Point3 Films and How to Create an Effective Webisode moderated by Iliana Sosa of Cuéntame Brave New Foundation.  Guest speakers will include Shawna Baca, Bel Hernandez, Lorena Alvarado and Nicole Ortega.

BHLIFE is proud to announce closing night film feature, Habana Eva (Rita award winner for best film) directed by Fina Torres (director of Women on Top and award-winning CFF Oriana). This film takes place in beautiful Cuba as a young seamstress in Havana has a dream of becoming a fashion designer and finds herself having to choose between the two men she loves, starring Venezuelan actress Prakriti Maduro, with Yuliet Cruz and Juan Carlos García.

This year jurors are Carmen Marron, award-winning documentary filmmaker Gabriela Böhm, and Josefina Lopez (creator of BHLIFE and founder of CASA 0101). The official jury and special guest Gina Rodriquez (lead in Filly Brown) will award and acknowledge filmmakers in the following categories: best director, best screenwriter, best documentary and other unique categories. BHLIFE will continue to strive and support the voices and visions of Latina filmmakers with the ultimate goal of unification, empowerment and inspiration.