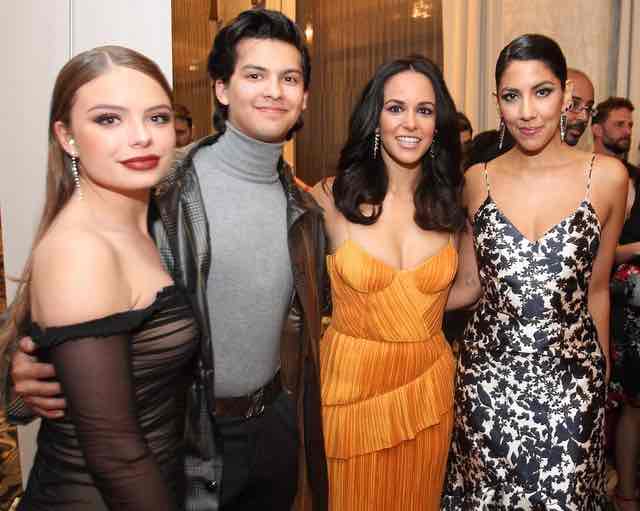 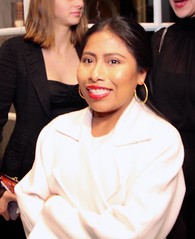 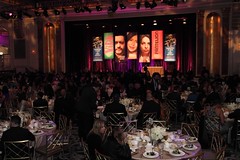 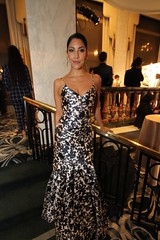 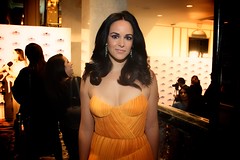 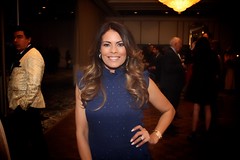 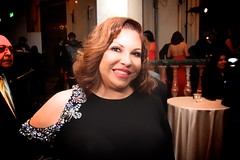 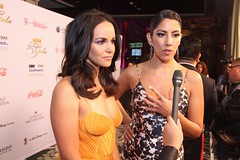 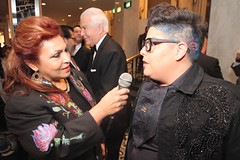 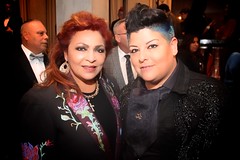 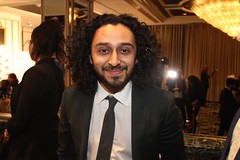 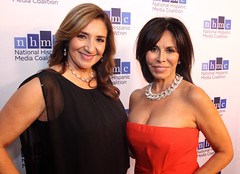 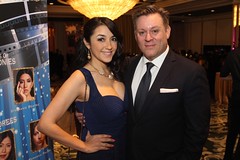 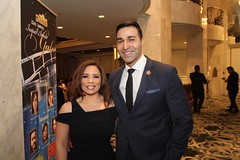 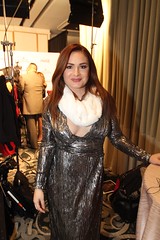 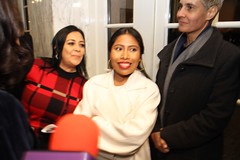 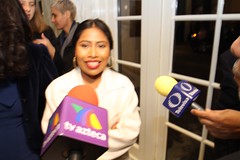 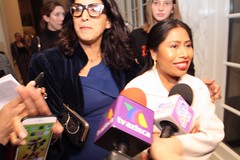 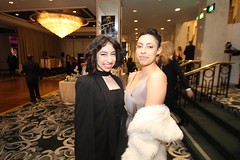 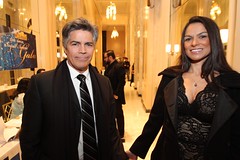 A SPECIAL MOMENT IN THE PROGRAM:

Alex Nogales, president and CEO of the National Hispanic Media Coalition, was surprised with a Lifetime Achievement Award for his 33 years of service to advancing, strengthening and improving the Latino community nationwide.  NHMC President & CEO Alex Nogales commented on the event: “These awards matter as they deservedly honor and recognize outstanding Latinos and non-Latinos who have contributed to the advancement and positive portrayals of our community in media. How you are perceived is how you are treated, and these honorees have helped to change the narrative, bringing us closer to a more just and fair industry. Congratulations to our awardees. It is a privilege we honor you.”

Yalitza Aparicio: “I am humbled and honored that my performance in Roma is being recognized with an Impact Award from the National Hispanic Media Coalition. Playing Cleo and representing a domestic worker will go on to be one of the most profound experiences of my lifetime. I am honored to represent indigenous women, Mexico and to have served as the conduit to Alfonso’s childhood memory of his beloved nanny.  At the heart of this award, it is about representation and the powerful impact this recognition can have.”

Veronica Falcón: “I’m honored and grateful to receive this award from the NHMC. Representation matters I am here because I was inspired by many Latinx men and women that paved the way before me and that opened doors for all of us. Every time we are represented in film or in television we are showing the world what we are made off, who we are, who we can be and most importantly, we are inspiring new generations of talented Latinx to accomplish their dreams and to create projects that will move us all. Talent, creativity & artistry are all part of our heritage. Let us remember that it is not ‘us’ and ‘them’ we are all in this together, we all share this planet. These difficult times call for togetherness, for respect and for empathy. Let us bring light through our work. Art is universal, it has no race, no gender, no age, no color & no borders.”
Clifton Collins Jr.: “I am at a profound loss of words. All I can share at this moment is my deep gratitude. I am extremely humbled, so from the bottom of my heart and in the words of James Cagney, speaking the words of George M. Cohan, my grandmother thanks you, my grandfather thanks you, my sister thanks you, and I thank you. With much love and respect.”

VIDA’s creator and showrunner Tanya Saracho: “It is vital that our community be represented on screen, and we are deeply honored and proud to be recognized by the NHMC with the Impact Award for Outstanding Television Series. Our series showcases Latinx talent both in front of the camera, with our amazing cast, and behind it, with an all-Latinx writers room, and this season, all Latina directors as well, and being honored for our work is incredibly validating and means the world to all of us involved with the show.”

A SPECIAL RECOGNITION IN THE PROGRAM:

More than a dozen domestic workers from the National Domestic Workers Alliance attended the Gala ahead of Oscar weekend. They were there to celebrate the honorees, and elevate the power of films like Roma to transform society and culture. During her speech, Brenda Victoria Castillo, NHMC president and CEO-elect, proudly recognized the important and essential work these domestic workers provide in our nation, especially in an unregulated industry known to provide low wages and few benefits. A crowd of 530 attendees gave a standing ovation to the workers.

Mónica Ramirez, Gender Justice Campaigns Director at NDWA: “I am thrilled to be attending the NHMC Impact Awards Gala with more than a dozen domestic workers, who in so many ways are the unsung heroines of our families and our economy. We are grateful to the NHMC for continuing to push for representation of all people in the media and arts. Yalitza Aparicio brought to life the character of Cleo with the kind of humanity and dignity that has the power to transform our culture and out society. Roma is a gamechanger for domestic workers everywhere and exactly the kind of inclusion that NHMC has been advocating to see for many years.”