Marin’s Chicano Art Collection to be housed in Riverside, CA? 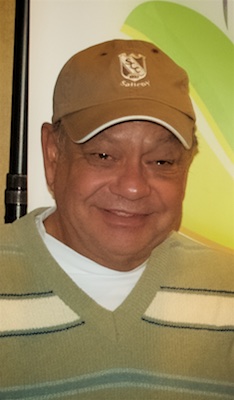 RIVERSIDE, Calif. – Cheech Marin, the entertainer and owner of what is recognized as the most renowned collection of Chicano art in the United States, is poised to enter formal negotiations with the City of Riverside and the Riverside Art Museum (RAM) to create a museum of Chicano art in historic downtown Riverside.

Marin is seeking a permanent home for more than 700 works of Chicano art, including paintings, sculptures, and photography, and has had preliminary discussions with Riverside officials. The proposed Cheech Marin Center for Chicano Art, Culture, and Industry could be located immediately adjacent to the historic Mission Inn Hotel & Spa in a building that currently houses Riverside’s Main Library. The library is moving to a new location a few blocks away.

A formal Memorandum of Understanding (MOU) that would enable the parties to delve further into specifics will go before the Riverside City Council May 16. The MOU would take effect immediately and remain in place until Feb. 28, 2018, unless extended for an additional 90 days by agreement of all parties. The outcome of the MOU process would dictate the timeline for the Cheech Marin Center.

“I am overjoyed at the opportunity to work with the City of Riverside and the Riverside Art Museum,” Marin said. “Together, we hope to serve the artistic spirit of the people of the Inland Empire and bring every aspect of Chicano Art to Riverside and the rest of the world. We have something wonderful to give.”

“Riverside is the cultural, historic, and social capital of Inland Southern California, and the Cheech Marin Center would take us to the next level,” Mayor Bailey said. “The City of Arts and Innovation is thrilled to work with Cheech Marin to create a permanent home for such an important collection of Chicano art and culture.”

The proposed museum would build on momentum already established between Marin and RAM via the collaboration on Papel Chicanos Dos: Works on Paper | From the Collection of Cheech Marin, which opened to record attendance numbers in February, along with Trabajmos/We Work: In the Fields of the North | Photographs by David Bacon.

Papel Chicano Dos: Works on Paper | From the Collection of Cheech Marin runs through May 7. This exhibition, supported by Altura Credit Union and the City of Riverside, presents 65 artworks by 24 established and early-career artists whose work demonstrates a myriad of techniques from watercolor and aquatint to pastel and mixed media.

The opening reception attracted 1,476 attendees. Admission sales for the day broke records, and admission revenue for the first month of the exhibit was triple the normal amounts.

“The exciting and innovative concept that the Cheech Marin Center for Chicano Art, Culture and Industry will bring to our city will enhance our standing as a City of Arts and Innovation and reflect well on our community, especially our Chicano/Latino community,” Valdez-Yeager said.

Due to the enthusiastic and large crowd at the opening reception on February 2 and RAM’s longstanding history of collecting and exhibiting works on paper, Marin generously donated The Chicano Collection / La Colección Chicana, a portfolio of 26 archival-quality prints produced by Richard S. Duardo of Modern Multiples, which was presented to RAM during the talk and book signing for Marin’s memoir, Cheech Is Not My Real Name: …But Don’t Call Me Chong, on March 29.

The prints in The Chicano Collection / La Colección Chicana depict urban life and the Chicano experience, dated between 1969 and 2001. These prints were primarily drawn from Marin’s collection and include reproductions of paintings by Carlos Almaraz, Frank Romero, Patssi Valdez, George Yepes, Rupert García, Leo Limón, Margaret García, and Eloy Torrez.

Marin has shared portions of his collection for public display at museums around the U.S. to promote and validate Chicano artists and culture. He is seeking a permanent home where his collection can be housed, curated, displayed, and studied in a public venue in a city and region with a large Spanish-speaking heritage community.

The City of Riverside is always interested in expanding the music, art, and cultural opportunities for its residents and those of surrounding Inland Southern California. In terms of the specific site, with the Main Library relocating, the City has pledged to devote the site to a cultural use.

“Riverside is extremely excited about the opportunity to work collaboratively with Cheech Marin and our friends at RAM to develop a museum that would be one of a kind in the U.S.,” Russo said. “We could not ask for better partners.”

RAM’s goal is to expand its facilities and its capacity for outreach to underserved communities.

“The Riverside Art Museum has been a cultural hub of our city for decades,” Oberjuerge said. “A collaboration of this magnitude with the Cheech Marin Center would set the stage for the next step in the evolution of RAM for years to come.”

The agreement between Marin and RAM would outline the legal means by which Marin’s collection could be donated/lent to RAM for the creation of the Cheech Marin Center and the terms and expectations for significant portions of the collection to be displayed at museums worldwide.

The agreement between the City and RAM would establish a management contract through which RAM would provide all staffing, management, marketing, and curatorial services for the Cheech Marin Center. The cost of this agreement could be deferred by a portion of a per-admission facility fee.

The proposed MOU calls for the three entities to work together, under RAM’s leadership, on a fundraising campaign to raise $3 million to convert the existing library into a high-quality museum and center for academic inquiry. The parties, under the sponsorship of the City, would commission an interior architectural design firm to create a cost estimate for the conversion.

The plan also would include adequate space to protect and store Marin’s collection, RAM’s collection, and other collections as necessary. The Cheech Marin Center would be designed as a home of serious academic inquiry and include space for lectures, film and video screening, classrooms and other spaces, as well as a café and a museum store.

“City Council approval of the MOU process on May 16 is the first step toward moving forward and there certainly would be much work that would have to be accomplished through the rest of this year,” Mayor Pro Tem Mike Gardner said. “But it’s an exciting opportunity for Riverside and one we should explore in great detail.”