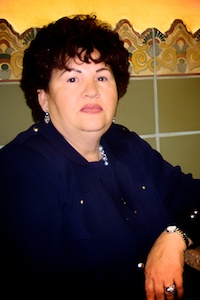 The doctorates will be bestowed to Luz and to Jesus (posthumously) at Cal State San Bernardino during the commencement ceremony of the university’s College of Business and Public Administration on Saturday, June 14, at 3:45 p.m.

“It is truly an honor to recognize Jesus and Luz not only for their extraordinary accomplishments in creating one of the most successful companies in the Inland Empire, but also their advocacy of issues that are crucial to our region, such as education and health,” said Tomás D.Morales, president of Cal State San Bernardino.

“Their work in the community is beyond exemplary. It places them in the company of some of California’s most important figures.”

Luz Cardenas thanked the Cardenas Markets employees for their hard work and dedication in serving the community.

“We are deeply honored in receiving this very important honorary degree,” Luz Cardenas said. “Our success and our commitment to respond to the community’s needs could not have been done without the support of our employees.”

The official announcement was made April 10 during the fourth annual Inland Empire Hispanic Leadership Council Gala, held at the Cardenas’ home. The Cardenas will join Hardy Brown Sr., who will receive an honorary doctorate of humane letters during the College of Arts and Letters Commencement ceremony.

The Cardenas’ personal journey is a classic American success story.

After migrating from Jalisco, Mexico, and years working in fields up and down California, Jesus and Luz began selling meat and ethnic foods, including Luz’s home-cooked recipes from Jalisco. Their products grew in popularity and in 1981 they opened their first store in Ontario.

It was a family business from the very beginning, with Jesus and Luz as partners, and has since evolved into one of the most successful privately owned companies in the Inland Empire. Today, Cardenas Markets has

30 stores in Southern California and Nevada with more than 3,000 employees.

Even as it has grown, it remains a family business. The Cardenas’ children – Jesus Jr., Jose, Lupe and George – are involved in the day-to-day operations. Jesus Cardenas died in March 2013.

Along with being leaders in the business community, the Cardenas has been strong advocates of education, health and any efforts that improve the quality of life in the community.

The family established the Cardenas Markets Scholarship Foundation Inc., which has served as one of the Inland Empire’s leading philanthropic organizations, supporting programs at Cal State San Bernardino as well as the University of California, Riverside, Cal Poly Pomona, the University of La Verne, Mt. San Antonio College, Chaffey College, College of the Desert and Imperial Valley College.