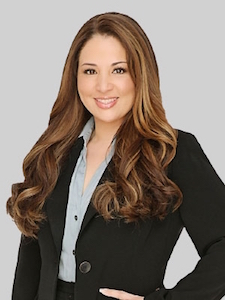 Yesenia focuses her practice in labor and employment matters, including advising clients in areas such as:

In addition, Yesenia conducts and oversees workplace investigations of harassment and discrimination, conducts wage & hour audits and provides organizations with training (in English or Spanish) in the following areas:

Yesenia also serves as co-chair of the firm’s Diversity Committee.

Before Fox Rothschild
Prior to joining the firm, Yesenia served as an associate in the Labor & Employment Departments of Gordon & Rees LLP and Silver & Freedman, APLC.

Yesenia also served as the National Chair of the Women’s Leadership Conference, which was held in conjunction with the Hispanic National Bar Association’s Mid-Year Corporate Counsel Conference in New Jersey from March 28 to March 31, 2012.

While in law school, Yesenia was part of the international study program in Bali, Indonesia, where she took international and environmental law courses and interned at the Nature Conservatory.

An active author and speaker, Yesenia served as associate literary editor and technical editor for the Maritime Law Journal from 2000-2002.