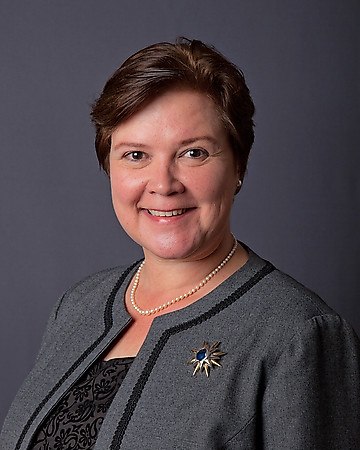 Lisa Baca began her professional career as a Field Deputy to State Senator Art Torres (Ret.) in the early 1980’s and has worked within the diverse ethnic communities of California for over 35 years.

Lisa is a nonprofit entrepreneur with over 14 years of experience developing leadership training, community outreach and special event programs. She serves as the Executive Director for the CA Latino Leadership Institute, (CLLI), since its founding July, 2014 by Fellow Alumni of the California Latino Legislative Caucus Institute for Public Policy. CLLI is a statewide 501 (c) (3) nonprofit organization with a mission to preserve the Latino contributions to California’s rich diverse history and to bring together the public, private and nonprofit resources providing for the development of dynamic 21st century leaders.

Her current favorite life quote is from the late Steve Jobs, We’re here to put a dent in the universe. Otherwise why else even be here? As a public servant, she was publicly elected in June 2008, and again in March 2010, to serve as the Chief Information Officer, (CIO), for the City of Los Angeles Greater Echo Park Elysian Neighborhood Council, (GEPENC). Through her civic participation, she also served as Treasurer for eight years (2006-2014) with the Echo Park Library Community Group, volunteering for reading and literacy programs as part of the city’s public library system.

Lisa is a 1997 Graduate Fellow of the National Hispana Leadership Institute (NHLI) in Washington DC, and a 1986 graduate from California State University Los Angeles, (CSULA), with a double major Bachelor of Arts degree in Political Science and Public Administration. An avid equestrian, she volunteers her time with equine rescue projects and is a single mother of three daughters, Gabriella 26, a special education teacher in Santa Fe, New Mexico, and 16 year-old twins, Jennifer Sonia and Jacqueline Sophia, sophomores at Bishop Alemany Catholic High School in Mission Hills.