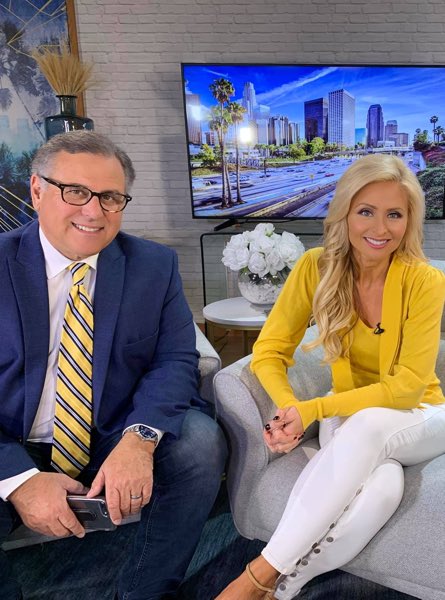 Two of Southern California’s most popular and respected news anchors—Carlos Amezcua and Lisa Remillard—today announce the launch of BEOND.TV, a new venture that establishes an online digital platform for original content paired with broadcast access.

Co-founders Amezcua and Remillard have structured the new platform with a lineup of curated high-end original content that will be accessible both on the BEOND.TV site, as well as through local broadcast outlets. “Carlos and Lisa” currently airs weekday mornings at 8:30 on KDOC-TV in Los Angeles. Plans call for national expansion, starting with Palm Springs and Santa Barbara in July.

“BEOND.TV will combine the best of broadcast television with the innovation of a digital platform,” Amezcua explained. “Our mission is to provide viewers—both online and via traditional broadcast— with objective news and information, as well as the lively and engaging discussion that we’re known for.”

The new initiative launches with “Carlos and Lisa,” a half-hour a news talk program that incorporates issue-driven discussions with a deeply rooted Southern California flavor, true to the pedigree of its hosts, both Southland natives.

“Our idea was to offer a West Coast perspective, given the fact that virtually every major news outlet addresses issues from an East Coast viewpoint,” Remillard explains. “We’ll introduce content from experts based in all areas of the western U.S., presenting a brand of journalism that no one else is offering.”

BEOND.TV is the realization of their vision to expand beyond broadcast, providing fellow journalists and contributors with an opportunity to showcase their original stories and expertise. The platform comes to market with an award-winning news and technical production team led by BEOND.TV President and Co-founder Amie Martin, who also serves as executive producer of “Carlos & Lisa.” Co- founder Howard Bolter, a former top executive for Barry Diller’s USA Broadcasting, is BEOND.TV’s chief operating officer.