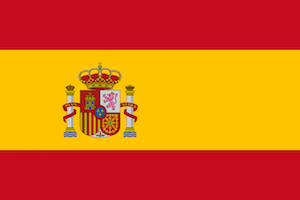 Spain and the United States are united by history and common values that underpin our partnership. We work closely together on a range of global challenges, including promoting international cooperation, peace and security, and economic prosperity. From fostering mutual economic growth to countering ISIL and undermining violent extremism, Spain is a vital ally, partner, and friend to the United States.

Strong Security Cooperation: Spain and the United States are closely aligned on a range of issues. In addition to U.S. and Spanish cooperation in NATO, defense and security relations between the two countries are regulated by the Mutual Defense Assistance Agreement and the Agreement on Defense Cooperation (ADC), signed September 2015. Under the ADC, Spain has authorized the United States the use of Moron Air Base for a permanent basing of a Special Purpose Marine Air-Ground Task Force – Crisis Response (SPMAGTF-CR) that is instrumental in protecting U.S. personnel and facilities in North and West Africa. Spain agreed to home-port four multi-mission, ballistic missile defense-capable U.S. destroyers at Rota Naval Station, the last of which arrived on September 25, 2015. Spanish-U.S. bilateral engagement includes over 70 annual exercises, thousands of ships and aircraft transiting through Spain, and a robust foreign military sales program.

The United States and Spain are strong allies in the fight against terrorism, and the United States partners with Spanish security forces deployed in key international missions around the globe. Spanish forces participate in the United Nations Interim Force in Lebanon (UNIFIL) and conduct anti-piracy patrols off the Horn of Africa. Spain also contributes to the Counter-ISIL coalition, to counterterrorism operations in Libya and Syria, and to UN sanctions as a non-permanent member of the UN Security Council.

Robust Economic Ties: U.S.-Spanish cooperation on improving economic prosperity in the United States and Spain is an important facet of our bilateral relationship. Spain’s accession to the European Union (EU) required the country to open its economy to trade and investment, modernize its industrial base, improve infrastructure, and revise economic legislation to conform to EU guidelines. Spain and the United States have a friendship, navigation, and commerce treaty and a bilateral taxation treaty. Spain is also the ninth largest and one of the fastest-growing investors in the United States, with a foreign direct investment stock of $42.3 billion. U.S. subsidiaries of Spanish firms employ over 80,000 U.S. workers in fields such as banking, wind and solar power, biofuels, road construction, and food. The United States is one of Spain’s largest investors; U.S. companies employ more than 160,000 Spaniards, notably in the automotive and chemical industries. More than one million U.S. tourists visit Spain each year.

Cultural Bonds: Cultural exchange between the U.S. and Spain has historically been strong, and continues to reinforce the friendship between the two countries. The United States and Spain have a longstanding commitment to educational and cultural exchange, exemplified through both governments’ support for the U.S.-Spain Fulbright Program. Almost 10,000 Spanish and U.S. students and scholars have benefitted from the program since its inception nearly 60 years ago. Each year, nearly 27,000 U.S. students study abroad in Spain, making Spain the third most popular destination for U.S. students worldwide. There are more than 6,000 Spaniards studying in the U.S. each year. More than 2,000 Spaniards have also participated in the International Visitor Leadership Program sponsored by the United States.