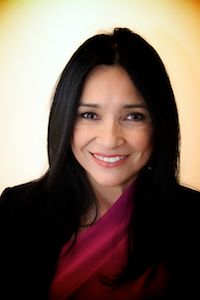 Nilza Serrano is a successful entrepreneur, who has managed to excel in private enterprise and maintain a steadfast commitment to public service.  Currently, Nilza is a highly sought after business consultant. More than twenty years ago, Serrano founded TMS Production and Post Production firm, which serviced many of Los Angeles’ ad agencies and major studios.  She cultivated an extensive client network that included an international client base and spearheaded successful production projects in China, Mexico, Guatemala, Canada, and Peru.

Most recently appointed to the Los Angeles City Employees’ Retirement System Administration Board by Mayor Eric Garcetti and confirmed by the Los Angeles City Council.  Prior to that, Governor Jerry Brown appointed Nilza to the California Architects Board, which is to protect the public health, safety, and welfare through regulation of the practice of architecture and landscape architecture.  Congressman Xavier Becerra appointed her to serve as a delegate for the California Democratic Party.

Nilza is widely respected for her work in the Latino community particularly in the fields of education, arts and culture, business advocacy and political activism.  Her love for Latino culture propelled her to co-found the Los Angeles International Latino Film Festival.  The event brings the work of Latino filmmakers from across the continent to the City of Los Angeles during Latino Heritage Month celebration.

Beyond her professional life, Nilza Serrano is an active supporter of opportunity, education and outreach for Latinos and Latino Culture. She serves as the treasurer for HOPE-PAC a Political Action Committee whose mission is to assist Latina Women rise to elected office in California.  Previously she has served as the president of the board of directors of Amanacer Mental Health Services one of the largest mental health center in the County of Los Angeles.  In addition to serving as the secretary of the board of LATCH  a program that oversees school based medical clinics and on the board of directors of Plaza De La Raza Los Angeles’ premier Latino arts and education organization.