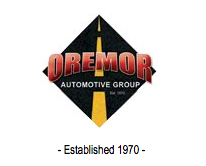 OREMOR Automotive Group operated the Romero Family is being recognized as a company that has Survived and Thrived.  Wells Fargo Bank is the presenting sponsor of Hispanic Lifestyle’s 2014 Business Expo and Conference to be held on August 6, 2014 at the Ontario Airport Hotel and Conference Center.  OREMOR Automotive Group and other Latino Business Owners will be honored during the lunchtime program.

About the Founder of Empire Nissan, Mr. Richard Romero

From the Congressional Record A TRIBUTE TO THE LATE RICHARD D. ROMERO HON. JOE BACA OF CALIFORNIA IN THE HOUSE OF REPRESENTATIVES Wednesday, September 6, 2000

Mr. BACA. Mr. Speaker, it is with regret and deep sadness that I announce the passing of Inland Empire businessman, philanthropist, and community leader Richard Romero, at the age of 64. Richard demonstrated vision and entrepreneurial spirit in the Inland Empire for over 30 years, opening his first dealership, Pomona Valley Datsun, in 1970. Today his business interests include 8 automobile franchises, a wholesale auto auction and a real estate company. Throughout the years, Richard had a large presence in the Inland Empire, both as a businessman and community leader. He believed that what makes this country great is our individual commitments to philanthropies. Richard and his wife of 38 years, Val, sponsored and supported many service organizations and programs for children including: an annual Christmas Choral Competition which awards monetary grants to 5 area high schools, a Christmas Program which provides gifts for over 300 foster children, Assistance League of Pomona Valley, Kiwanis, Ontario Chamber of Commerce and National Charity League.

Richard was born in rural Socorro, New Mexico, September 4, 1935, son of Clara and James Romero. He began working at age 9 washing cars and working in a service station. He earned a bachelor’s degree in Business Administration, and for 6 years served our country in the Army Reserve Tank Corps. He then worked as assistant auditor for the state of New Mexico. He moved to Los Angeles to work as an auditor for 20th Century Fox, at which time he also began his career in the retail auto business when he bought a small gas station from which he began refurbishing and selling used cars.

Richard was Chairman of the Board of Empire Nissan, Romero Motors Corporation, Jeep/Chrysler/Plymouth of Ontario, Toyota of Glendale and J. McCullough Corporation. He had served as a board member of the California Motor Car Dealers Association and the Chairman of the Board and CEO of Acquirecorp’s Norwalk Auto Auction, Oremor Management & Investment Company and Oremor Development L.L.C. Richard received several awards within the industry, including Chrysler Corporation’s ‘‘Five Star Award for Excellence’’ and Nissan’s President Inner Circle Award. In 1987, he was honored as the only Californian to receive the Import Car Dealer of Distinction Award. He was also the winner of the Time Magazine’s Quality Dealer Award and named Mr. Hispanic Business Man of the Year, 1985. In addition to being listed in ‘‘Who’s Who in California’’, he was also named 1987 Humanitarian of the Year by the Alliance of Latino Business Association. He served with the Deukmejian administration as a California Transportation Commissioner. He also served on the Board of Governors of Opportunity Funding Corporation, a nonprofit, Washington, D.C. based organization, which helps minority members start and/or expand small businesses. Additionally, he worked closely with King Juan Carlos of Spain when he served on the Board of Governors for Expo ’92 in Seville.

Richard was the founder and former chairman of the board of directors of Empire Bank and also served for over 20 years on the Board of Trustees for the University of La Verne, which chose him for their 1998 President’s Award. Additionally, he served on the Board of Governors for the Rose Institute of Claremont McKenna College. The Romeros had the honor of meeting and hosting several dignitaries and celebrities in their home includ- ing Chief of Staff Howard Baker under President Ronald Reagan, Former Governor Pete Wilson, Lord Roger Keyes, Sir Julien and Lady Ridsdale, and heavy weight champion George Foreman. He had also met and con- ferred with Presidents Reagan, Bush, Ford and Carter. Richard is survived by his wife Val; son R.J.; two daughters Valerie and Christina; and four grandchildren with one on the way.

Richard will be missed by family and friends alike. He touched us all with his kind deeds and leadership in our community.