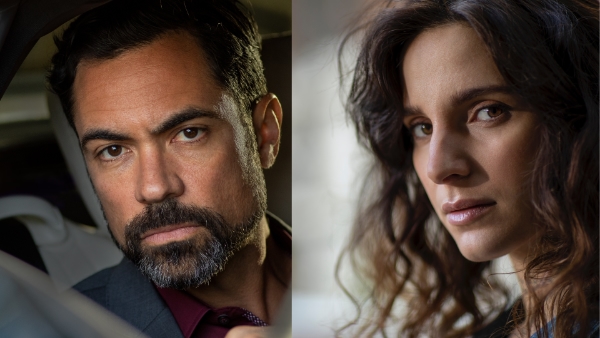 Once you think the characters are boxed in, they kick through the wall and find another way out.

In this edition of Hispanic Lifestyle, sfter a long break FX Network’s Mayans M.C. will make its return on March 16, 2021. Hispanic Lifestyle spoke with actors Carla Baratta and Danny Pino about returning to their characters and what we can look forward to in season three.

ABOUT THE SHOW
Mayans M.C. follows the life of Ezekiel “EZ” Reyes (JD Pardo), a newly patched member of the Mayans M.C. charter on the Cali/Mexi border. Once the golden boy with the American Dream in his grasp, EZ and his brother Angel (Clayton Cardenas) are closer than ever after uncovering the truth behind their mother’s murder while their father Felipe (Edward James Olmos) struggles to reconcile the choices he and his sons have made.

After U.S. Assistant District Attorney Lincoln Potter (Ray McKinnon) threatens to deport Felipe, EZ and Angel chose to leverage incriminating information to protect him rather than to free rebel leader Adelita (Carla Baratta) from federal custody, leaving her to give birth to Angel’s son while in handcuffs. Meanwhile, Miguel Galindo (Danny Pino) is left reeling over the loss of his mother to apparent suicide, while others quietly suspect foul play. Additionally, the Mayans seek vengeance on their rivals, the Tijuana M.C. Vatos Malditos, after a surprise attack on their club. When the smoke clears, they discover the body of a Sons of Anarchy Motorcycle Club Redwood Original – there will be hell to pay.

Mayans M.C. was co-created by Kurt Sutter and Elgin James. The series is executive produced by James, Michael Dinner and Sutter. The 10-episode third season is produced by 20th Television and FX Productions.

For What it’s Worth - Hispanic Lifestyle Recommends “Movies and TV Series" December 2022 Not feeling very well during the Thanksgiving holiday,  I took time to catch up on movies and television series I hadn’t watched yet.  Let’s be clear I don’t claim to be a critic,...

END_OF_DOCUMENT_TOKEN_TO_BE_REPLACED

The ninth installation of the annual International Mariachi Women’s Festival was held on Sunday, November 20, 2022 at La Plaza de Cultura y Artes in Downtown L.A. to a packed crowd of mariachi loving fans. This year, the festival featured a mariachi music extravaganza...

END_OF_DOCUMENT_TOKEN_TO_BE_REPLACED

Congratulations to director Matias Desiderio The Arpa International Film Festival (Arpa IFF) recently announced, Car 24, directed by Matias Desiderio, has been nominated in the "Best Feature Narrative" category for the 25th annual Festival. Awards will be announced on...