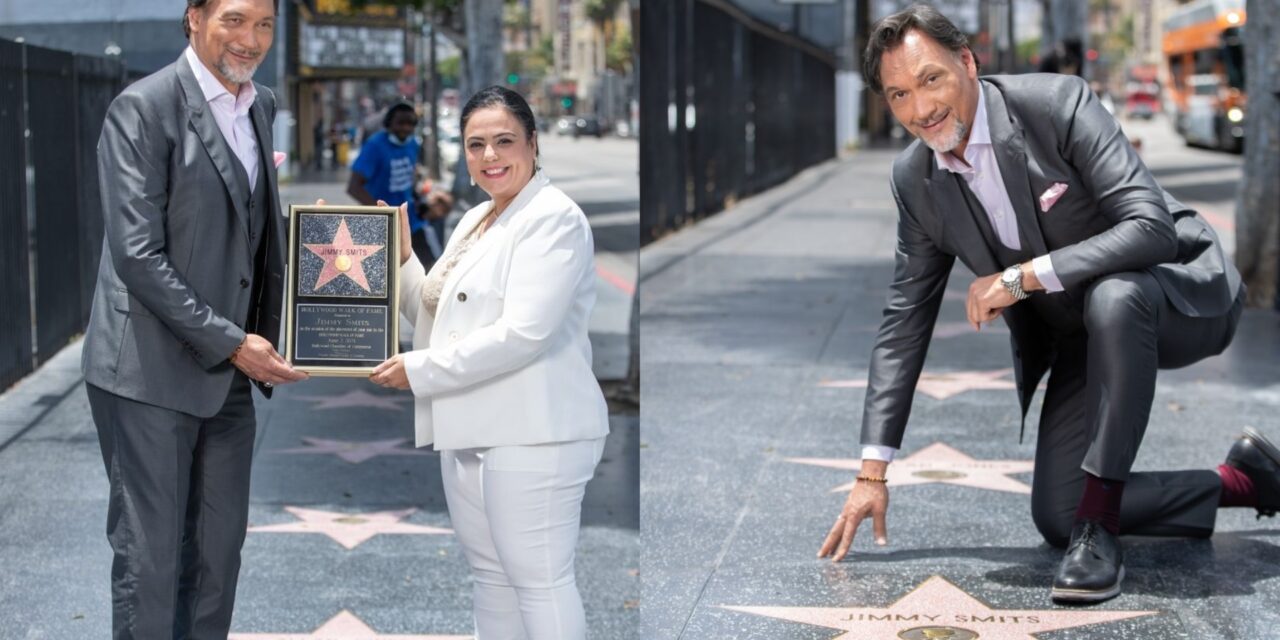 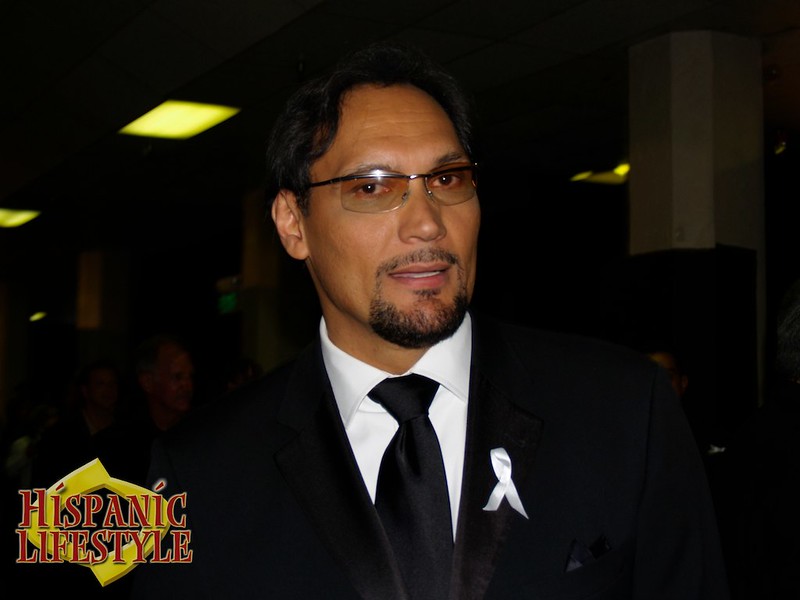 The Hollywood Chamber of Commerce presented actor Jimmy Smits with the 2,696th star on the Walk of Fame, Equally at home on screen or stage, Jimmy Smits has etched a string of memorable performances that have earned him more than 40 award nominations and critical acclaim. One of the most versatile actors of his generation, the Emmy, Golden Globe and SAG Award-winning actor, activist, philanthropist, producer and entrepreneur, continues to take on new and diverse challenges, adding to a storied career that spans well over 30 years.

“The Hollywood Chamber of Commerce is thrilled to be honoring Jimmy Smits said Ana Martinez, Producer of the Hollywood Walk of Fame.

Smits has enjoyed an exemplary career in stage, film and television.  This Summer, 2021, he will be seen in Jon M. Chu’s feature version of the hit Broadway musical, In The Heights.  He can also currently be seen in the New Normal Rep online theater production of Nilo Cruz’s Two Sisters and a Piano.

Smits is perhaps best known for his award-winning television work.  He received six consecutive Emmy nominations, winning in 1990, for his role as Victor Sifuentes on the multi-award-winning drama L.A. Law.  He received a Golden Globe Award and five consecutive Emmy nominations for his role as Bobby Simone on the critically acclaimed, Emmy-winning drama, NYPD Blue, and earned an Emmy nomination for his guest star arc in season three of Showtime’s hit series Dexter. Additionally, he received an ALMA Award and an Imagen Award for Best Actor in The West Wing, has four Golden Globe nominations and eleven SAG Award nominations, receiving the honor in 1995 for “NYPD Blue.”  His highly-touted departure from NYPD Blue also won the Humanitas Award.

Smits last starred in the NBC-TV series Bluff City Law as a civil rights lawyer in Memphis; he appeared in a season-long guest arc opposite Viola Davis on How To Get Away With Murder; prior to that he co-starred in 24: Legacy, opposite Corey Hawkins and Miranda Otto, as a powerful U.S. Senator with political aspirations.  He also co-starred in Baz Luhrmann’s music-driven drama for Netflix, The Get Down, a mythic saga of how New York at the brink of bankruptcy gave birth to hip-hop, punk and disco.  He portrayed Neron “Nero” Padilla in the final three seasons of the much-lauded FX show, Sons of Anarchy; and takes a comedic turn in NBC’s Brooklyn Nine-Nine.

In 2009, he finished a guest-starring stint in Season 3 of Showtime’s hit series Dexter, for which he was recognized with his 12th Emmy nomination.   In 2008, Smits’ El Sendero Productions company co-executive produced the CBS series, “Cane,” in which he also starred.  The show was critically acclaimed for its cutting edge and dramatic reflection of the family dynamic within a modern day Cuban-American family.  In 2006 Smits completed his role in the long-running and critically-acclaimed NBC series “The West Wing.”  As President Matthew Santos, Smits brought to the show his own infusion of energy and added even more depth to the well-written and politically relevant plot line.

Smits has involved himself in various charitable organizations over the years, such as Stand Up 2 Cancer, the Saban Community Clinic, Homeboys, St. Jude’s Hospital for Children and many more.  He has consistently been a strong advocate for education and co-founded the National Hispanic Foundation for the Arts (NHFA) in 1997 along with actors Esai Morales and Sonia Braga and Washington attorney Felix Sanchez, to promote Hispanic talent in the performing arts.  The organization offers graduate scholarships and cash grants at prominent colleges and universities in order to expand career opportunities and increase access for Hispanic artists and professionals while fostering the emergence of new Hispanic talent.

END_OF_DOCUMENT_TOKEN_TO_BE_REPLACED

We are pleased to announce Stage, Film, and Television Actress, Bilingual Voice Talent, Singer, and Producer, Marabina Jaimes was announced as a Hispanic Lifestyle 2022 Latina of Influence. Our entire 2022 Latinas of Influence listing can be found, @...