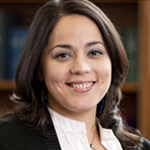 Ethnic enclaves may offer a protective effect for some Latino groups

Research has shown that youth violence is a major cause of injury and death among Latinos. However, there is little understanding of violent behaviors of youths within various Latino ethnic subgroups such as Puerto Ricans, Cubans and Mexicans.

“Higher levels of youth independence can reduce the risk of violence in primarily Latino neighborhoods,” Estrada-Martínez says. “When we looked at the interaction between SES and autonomy, it was a different story. We found that as the SES of a neighborhood increases, high levels of autonomy became a risk factor for youth violence.

National estimates generally indicate that the risk for violence among Latino youth falls between the risk for white and black youth.

“The level of youth violence for the different Latino subgroups depends on their neighborhood context,” Estrada-Martínez says.

Estrada-Martínez used data from the National Longitudinal Study of Adolescent Health, an ethnically diverse sample of youth, for her study, “Families, Neighborhood Socio-Demographic Factors, and Violent Behaviors among Latino, White, and Black Adolescents,” published in the journal Youth & Society.

She found that violence among Cuban youth does not differ from that of white youth overall, and these patterns hold for comparisons within predominantly white and ethnically mixed neighborhoods.

Risks for violence among Mexican youth are heightened in predominantly white and ethnically mixed neighborhoods, compared with white youth in those same environments.

Study findings suggest that Mexican and Cuban youth living in primarily Latino neighborhoods may be living in ethnic-specific communities.

“Our research suggests that ethnic enclaves may exert a protective effect against youth violence,” she says.

“Puerto Rican youth in this study are more likely to live in neighborhoods with a more racially and ethnically heterogeneous population. Consequently, the protections ethnic enclaves afford to Cuban and Mexican youth may be less readily available to Puerto Rican youth.”

This study suggests a number of potential points of intervention for reducing risk among Latino adolescents.

Estrada-Martínez and coauthors suggest focusing resources on interventions that strengthen family cohesion and provide support for parents, particularly those who may have reduced access to support from other adults, and those transitioning to neighborhoods with higher levels of SES, who may begin to be exposed to a number of stressors through acculturation processes.

Estrada-Martínez presented this study at the Critical Research Issues on Latino Mental Health conference.  Here is a link to Dr. Estrada-Martinez’ study –http://yas.sagepub.com/content/early/2011/06/17/0044118X11411933