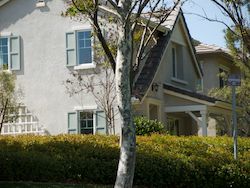 – Hispanics were the only ethnic demographic with increase in homeownership rate –

The National Association of Hispanic Real Estate Professionals (NAHREP®) has announced for the second year in a row, Hispanics were the only ethnic demographic with an increase to their homeownership rate, which surged from 45.6 percent in 2015 to 46.0 percent in 2016. The improvement came in a year when Hispanics also led in net household formations, adding a total net increase of 330,000 households.

Overall homeownership rates in the U.S. are at their lowest levels in almost 50 years. Hispanics have broken from this trend due to their high workforce participation and the fervent desire to own a home.

Initiatives from major corporations focused on Hispanic homebuyers, and a sharp growth of Hispanic entrepreneurs in mortgage banking and the real estate brokerage business are helping to advance this growth.

“With credit remaining tight and limited housing inventory in several markets, these numbers are extremely encouraging and a testament to the economic resilience of the Hispanic community,” said 2016 NAHREP President Joseph Nery. “As the mortgage industry continues to recognize the exceptional opportunities in serving the Hispanic market and adjusts accordingly, we expect these numbers to only improve.”

NAHREP will release its annual State of Hispanic Homeownership Report® on March 28th at the organization’s Housing Policy & Hispanic Lending Conference in Washington DC. The conference is home to world-class educational sessions that educate attendees on important housing policy changes, the future of lending, credit access, cultural competency in the industry and NAHREP’s policy recommendations for the government. For more information or to register for the conference, go to nahrep.org/dc2017.

About NAHREP: The National Association of Hispanic Real Estate Professionals, a nonprofit 501(c) 6 trade association, is dedicated to advancing sustainable homeownership among Latinos by educating and empowering the real estate professionals who serve them. NAHREP is the premier trade organization for Hispanics and has more than 26,000 members in 48 states and 50 affiliate chapters.