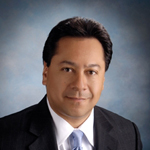 In 2009, Mark was appointed by Governor Arnold Schwarzenegger to serve on the California Commission on Disability Access. The Commission is an independent state entity with responsibility for monitoring disability access compliance in California. Mark was also awarded in June 2009, the Northern California U.S. Small Business Administration, Minority Business Champion of the Year for his advocacy work on behalf of small and minority businesses

Mark Martinez is the chief executive officer of the San Joaquin County Hispanic Chamber of Commerce. In this capacity he oversees the daily operations and staff of the chamber. He is responsible for budgets, revenue generation, maintaining chamber by-laws and protocol, committee oversight, program development, fiscal management and community outreach for the organization. His responsibilities also include updates, reports, long term planning and coordination with the President and board of directors.

Mark served as President of the San Joaquin County Hispanic Chamber of Commerce from 2002 to 2004. During his tenure as President, he was directly responsible for 45% and 28% increases in revenues for the organization. In 2004, Mark was hired as the chamber’s first full-time chief executive officer. Since his hiring, Mark has been responsible for annual increases of revenue allowing the organization to grow and expand its programs and operations. He is the founder of the Bilingual Student Financial Aid Workshop, which educates parents and students on how to fill out the Free Application for Federal Student Aid (FAFSA). The workshop is conducted page by page in Spanish and English and addresses any questions or concerns that families have about the FAFSA. The workshop, held annually was recognized in 2005 as Program of the Year by the California State Hispanic Chambers of Commerce. To this day, thousands of families and students have been assisted through this program with many of the students becoming recipients of financial aid.