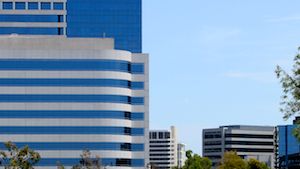 A majority (68 percent) of small-business owners don’t have a written disaster recovery plan — even though about half (49 percent) said it would take their business at least three months to recover from a natural disaster, according to Nationwide’s Small Business Indicator.

Those findings stem from Nationwide’s second annual survey, which was conducted online by Harris Poll on behalf of Nationwide from June 10-23 among 502 U.S. small-business owners with fewer than 300 employees.

“Small-businesses owners are crucial to our economy,” said Mark Berven, president of Nationwide Property & Casualty, the No. 1 total small-business insurer[1] in the country. “And they are often the ones impacted the most by a disaster. That’s why it’s so important for people to start preparing now — especially as we head into the spring storm season.”

Since 2007, Nationwide has processed more than 100,000 commercial catastrophe claims. While the number of claims has fluctuated over the past decade, the severity has increased steadily.

Nationwide has seen a 26 percent increase in the average severity of commercial catastrophe claims when comparing the three-year period between 2014-2016 with the seven-year period between 2007-2013. The company has also seen a 14 percent increase in unique commercial catastrophe events that impact a business when comparing those same time periods.

While most small-business owners don’t have a formal plan, many have taken various steps to prepare for a natural disaster. The majority reported that they can work remotely in case of a natural disaster (82 percent), have duplicated and stored their company’s vital records off site (75 percent) and have access to alternative suppliers (78 percent).

In addition to taking steps like these to keep businesses running following a disaster, insurance can play a critical role in recovery. For example, Nebraska-based seed dealer Dan Oswald never expected rare twin F4 tornadoes to tear through his small rural town in 2014 and destroy his business.

But because Oswald was properly insured through Nationwide with the help of his independent agent, his insurance claim was processed before the governor even landed to declare a state of emergency. Since then, Oswald has rebuilt and increased the square footage of his facility by 66 percent.

“I knew what a tornado could do, but you never think it would hit your place,” Oswald said. “I didn’t even recognize it. Indescribable. You don’t know what street you’re on or what you’re looking at because you don’t have any landmarks or anything in your memory that tells you where you’re at. I think you kind of go into shock a little bit. But two days after the tornado, I had a check in my hand.”

Read more about Oswald’s story on the Now from Nationwide blog page. For tips on creating a disaster recovery plan, check out the Insurance Institute for Business & Home Safety or Nationwide’s Business Interruption Insurance page.

Methodology
The Small Business Owner Study was conducted online by Harris Poll on behalf of Nationwide from June 10-23, 2016. Respondents comprised 502 U.S. small-business owners of companies with less than 300 employees, and included 284 small-business owners who do not have a written disaster recovery plan. Results are weighted to be representative of small-business owners in the U.S. Research participants were drawn from the Harris Poll Online (HPOL) research panel and partner sample. Because the sample is based on those who were invited to participate in the HPOL panel, estimates of theoretical sampling error cannot be calculated. Percentages were rounded to the nearest whole percent.

About Nationwide
Nationwide, a Fortune 100 company based in Columbus, Ohio, is one of the largest and strongest diversified insurance and financial services organizations in the U.S. and is rated A+ by both A.M. Best and Standard & Poor’s. The company provides a full range of insurance and financial services, including auto, commercial, homeowners, farm and life insurance; public and private sector retirement plans, annuities and mutual funds; banking and mortgages; excess & surplus, specialty and surety; pet, motorcycle and boat insurance. For more information, visit www.nationwide.com.