2nd Power of Latinos hosted by Variety and Variety Latino 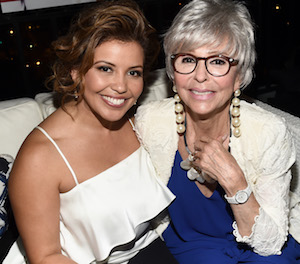 Variety and Variety Latino celebrated their 2nd Annual Power of Latinos issue at the 10 Latinos to Watch event held at The London West Hollywood. In celebration of Hispanic Heritage Month, Variety Latino brought together this year’s up and coming “buzz worthy” Latino talent in film and television and also honored legendary actress, Rita Moreno with the Variety Latino Legacy Award.

“We are really excited to expand upon the list and event we created last year to honor some of the most promising young Latino talent in television, film and the different digital platforms. These are very exciting times for Latinos in Hollywood and we want to celebrate it.” said Yoselin Acevedo, Managing Editor of Variety Latino.