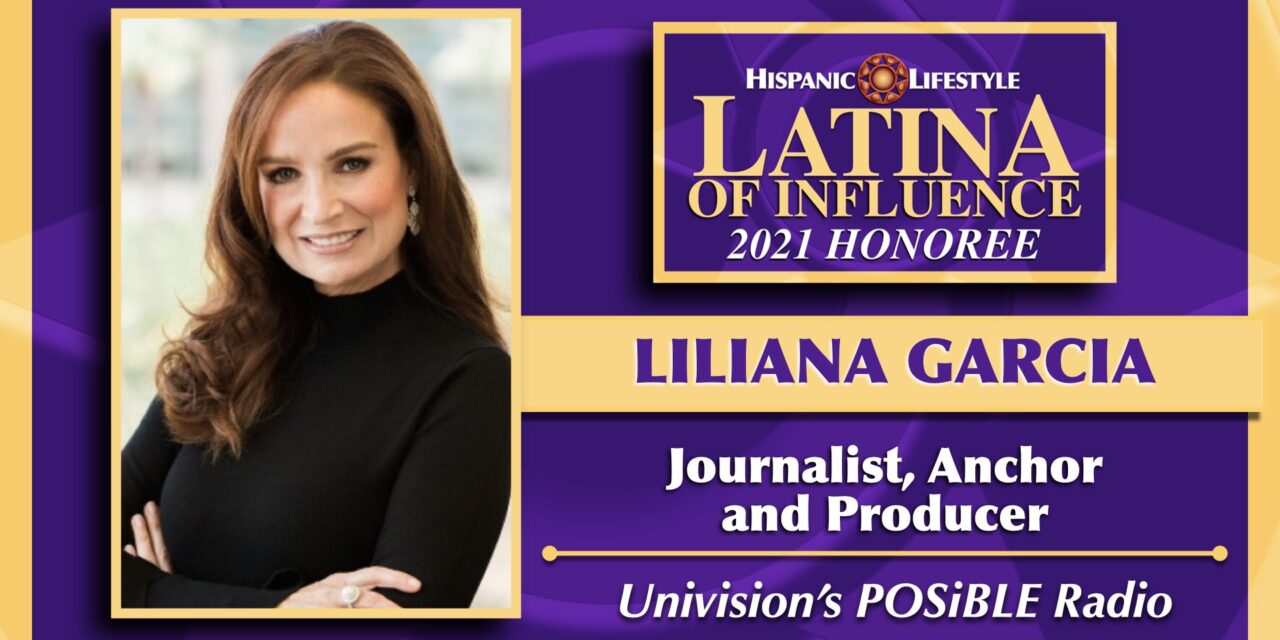 Hispanic Lifestyle is pleased to recognize Liliana Garcia-Patiño an award-winning journalist, community advocate and philanthropist supporting several non-profits throughout her storied career as a 2021 Latina of Influence.  Ms. Garcia-Patiño has spent the better part of 20 years in front and behind the cameras empowering, informing, and entertaining Hispanic audiences in both Latin America and the U.S.

As a communicator she hosted and produced TV and radio programs for large media groups including Univision, Televisa and Entravision, as an entrepreneur she launched a lifestyle luxury magazine targeting affluent audiences across Southern CA and Latin America, as a leading voice in the community she supported and received several national recognitions including journalist of the year from the Small Business Administration and Mothers Against Drunk Driving (MADD). Furthering her work in media, she recently co-produced a short film and documentary highlighting the struggles for the LGBTQ+ communities and immigrant rights.

Her career in media has allowed her to travel far and wide including having lived out a childhood dream in her native Mexico as a singer for the youth pop star group “Fandango” where she performed concerts across Latin America and the U.S. eventually remaining in the Billboard Top 10 charts for two months. Her early days in front of the camera allowed her to gain a deep appreciation for the power of media to entertain and empower communities on how to live better in the areas of health, education, and civic engagement.

Most recently, she returned to Univision appearing as producer and host of their newly launched Entrepreneurship and Wealth initiative, POSiBLE. As the face of this platform, Liliana currently hosts a daily talk show and weekly podcast focused on further informing diverse communities on the resources available to start and scale their businesses.

Aside from her long career in the media, Liliana has dedicated much of her time to philanthropic organizations in both Texas and California participating on various advisory boards including The 19th, Austin Symphony Orchestra, Ann Richards School for Girls, Mental Health America of Texas, St. Gabriel’s Catholic School, Mexic-Arte Museum, Latinitas, founding member of the Seton Los Angeles Fund, and San Diego Museum of Art.

Born in Monterrey, Mexico Liliana attended the ITESM (Technological Institute of Monterrey). She and her husband live in Los Angeles, CA and are the proud parents of two amazing kids.