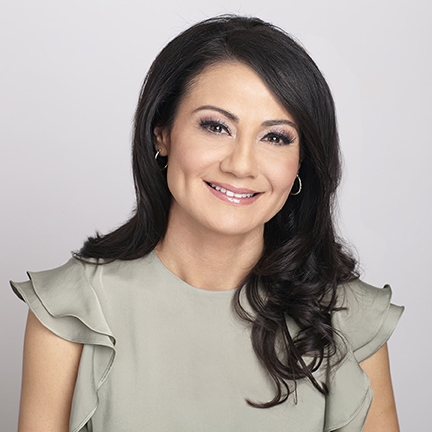 Mónica Gil is Senior Vice President and General Manager of Multicultural Growth and Strategy at Nielsen, the leading global provider of information and insights into what consumers watch and buy. In this role she is responsible for driving growth, providing superior market understanding, and delivering comprehensive strategies to reach diverse consumer segments. Gil joined Nielsen in 2005 and previously held the position of Senior Vice President, Public Affairs and Government Relations. Prior to joining Nielsen, Gil served as a senior member of Antonio Villaraigosa’s political campaign team and was part of his historic mayoral victory in 2005. She served as Press Secretary for the Speaker of California State Assembly and was Director of Public Affairs and Community Outreach for Telemundo stations in Los Angeles. She has a B.A. in Political Science from the University of California Berkeley and an M.A. from the USC School of Public Administration.

As a thought leader and marketing strategist, Gil builds cross-cultural connections across Nielsen, consumer and media clients, focusing on innovative and breakthrough approaches to multicultural intelligence. The highest ranking Latina among Nielsen’s U.S. employees, Gil co-created Nielsen’s External Advisory Councils and led the company’s branding efforts at over 200 community and industry events annually. She developed and authored several Nielsen reports, including “The Multicultural Edge: Rising Super Consumers,” “The State of the Hispanic Consumer” and “The Latina Power Shift.”  She organized and created the first and only “Hispanic Women in Entertainment” event with The Hollywood Reporter and Billboard, attracting the top 25 women in entertainment in the U.S.  Gil co-founded the first “Latina Leaders” recognition event at our nation’s capital, co-hosted by the Secretary of Labor and Congressional members.

She was named a “Women Making a Difference” by Los Angeles Business Journal and was inducted to the Hispanic Scholarship Hall of Fame in 2012. In 2010 she received Nielsen’s prestigious Chairman’s Award. Diversity Magazine cited her as one of their “Women Worth Watching” and she has been featured in numerous publications.

She currently serves on the National Board of Directors for Girls Scouts USA, is a member of the board of directors of ProAmerica Bank and serves on the Latino Advisory Panel to the Kennedy Center.