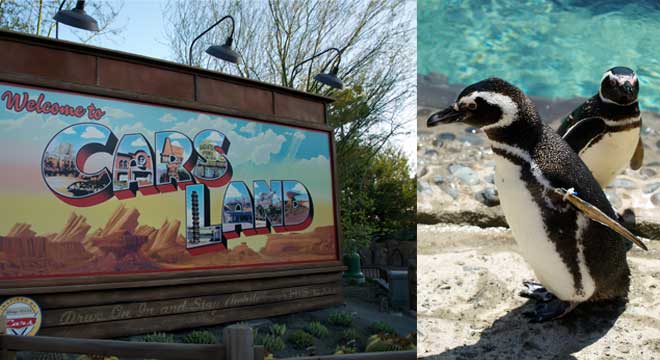 Notes and links for episode #HLTV5186.

In this edition of Hispanic Lifestyle, we visit a new exhibit, and travel to a new land.

Exciting new adventures are just ahead, in this edition of Hispanic Lifestyle.

Aquarium of the Pacific

Located in Long Beach California The Aquarium of the Pacific is home to over 11,000 animals, representing 500 different species and is visited by over 1.5 million people annually. Hispanic Lifestyle was on hand for the debut of their penguin habitat. We were assigned a very special host that shared insights regarding the new exhibit.

(The Aquarium of the Pacific)

Marilyn went on to talk about additional activities for families at the Aquarium.

Next we that had an opportunity to speak with Perry Hampton, vice president of husbandry about the facilities operation.

Perry went on to talk about the educational experience for visitors.

We finished up by asking if Perry if could share insights on how to make the most of your day at the Aquarium.

Hispanic Lifestyle spent three days covering the grand reopening of Disney’s California Adventure. Located across from Disneyland, the theme park which opened its door in 2001 has a brand new entrance which includes a nostalgic look at Los Angeles and a new area, Cars Land.

Our coverage begins with a red carpet kick off event for Cars Land. First up is the voice of Ramone “ Cheech Marin”

Jessica talked about the adjustments to her lifestyle.

I asked Courtney if he would share his thoughts about on-screen diversity on the major television networks.

Next we asked the famed music contributor to Pixar movies, Randy Newman how it felt walking the Cars Land Red Carpet.

Day two began as Hispanic Lifestyle spent a few moments with the chief creative officer of Pixar and Walt Disney Animation Studios John Lasseter.  As we set above Cars Land, our first question was simple, how cool is this?

I asked John how it felt to have reach that point in his career where he is able make projects like Cars Land become a reality.

Giving us the details and background of the construction of Cars Land it was Jim Kearns who reminded us what previous was  located on the spot where were now standing.

We asked Jim to talk about how they accomplished the visual aspects of feeling like you walked into the movie.

Having just finished the Grand Reopening of the park. We met David Van Wyk (Vice President Project and Construction Management at Walt Disney Imagineering) who along with a special friend, spoke about all the new additions to Disney’s California Adventure.

We finished our conversation with David by asking which attractions rank the highest among park visitors.

Providing details of the transformation of entrance of California Adventure was their project manager of Buena Vista Street Frank Antonides.

Before we finished up our visit, we just to stop by Trolly Treats for a quick dessert demo from Chef Lisa. (Lisa Robles)