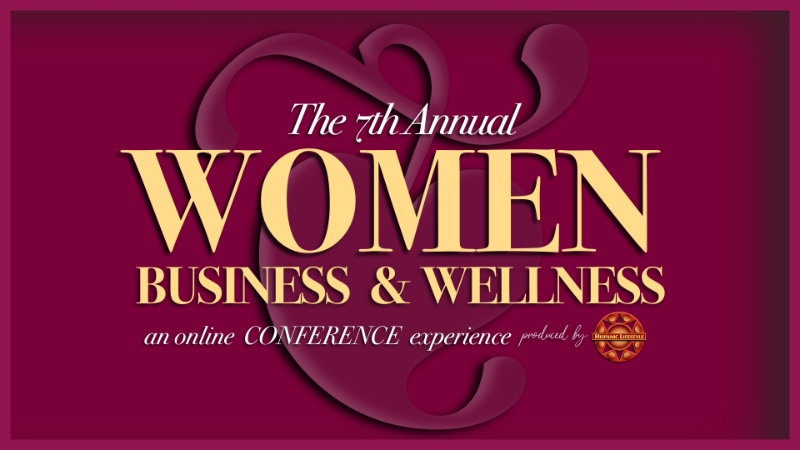 GET READY FOR 2023 • The producers of Hispanic Lifestyle developed the Women Business Wellness Conference with the goal of Connecting, Inspiring and Empowering women of diverse backgrounds with business, wellness resources and information. Our featured speakers and presenters are community leaders and experts in the fields of business, marketing, health and wellness.

WBWC 2022 is presented Exclusively Online throughout Hispanic Lifestyle’s digital network. The stream will be accessible on our website and social media platforms at 4pm pacific coast time, December 15, 2022. 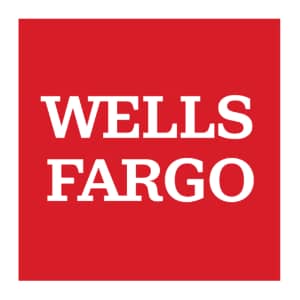 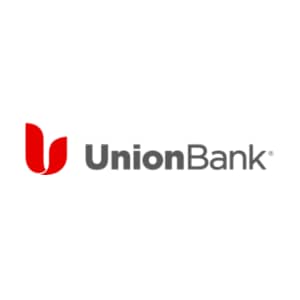 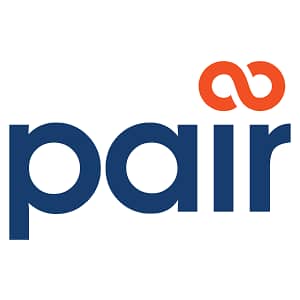 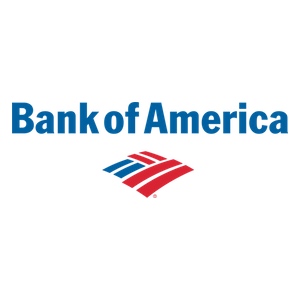 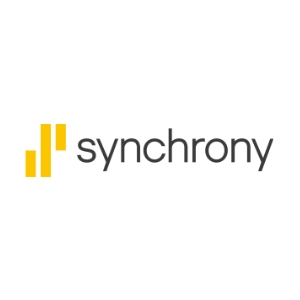 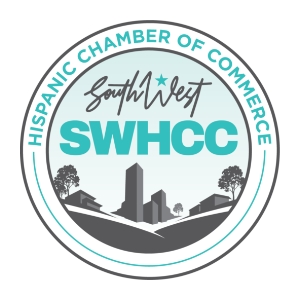 SPEAKERS AND TOPICS
Hispanic Lifestyle is requesting speaker recommendation for our 7th Annual Women Business Wellness Conference, which will stream in December 2022. Please forward your topic and bio to RDS@HispanicLifestyle.Com

Program and speakers are subject to change without notice. Jackie Benson is a vice president and economist with Wells Fargo’s Corporate and Investment Bank. Based in Charlotte, N.C., she covers the U.S. macroeconomy, including residential housing, commercial real estate, construction and regional economies. She regularly writes economic indicator reports and contributes to the group’s Weekly Economic & Financial Commentary.

Prior to joining Wells Fargo in 2022, Jackie served as a senior economist at the U.S. Senate Joint Economic Committee. Before that, she was a policy director at the American Action Forum, a policy research organization in Washington, D.C.

Jackie holds an M.S. in applied economics from Johns Hopkins University. Previously, she earned a B.S. in economics and a B.A. in political science from the University of Florida. 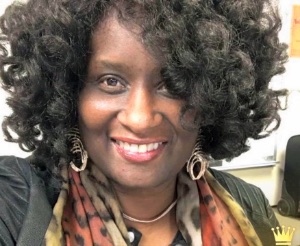 Kat is an experienced professional trainer and entrepreneur. She currently serves SCORE as the Southern California and Hawaii District Director and SCORE Western Region Ambassador for Southern California. She joined SCORE in May of 2016. Kat owns her business The Ultimate Professional – Digital Marketing and is an instructor at the University of Riverside Extension. She also is a Veteran of the United States Air Force. Kat joined SCORE because she wants to help small businesses to find the rich pot of gold SCORE has to offer and to directly and positively help our local economy. 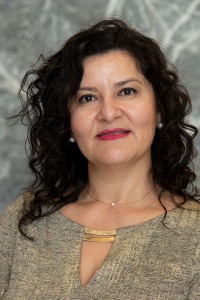 Carolina is a bilingual strategic business consultant specializing in Human Resources. She works closely with small to mid-sized businesses and serves as a business owner advocate by providing consultation, guidance, training and support in human capital management and business management.

She helps business owners and other stake holders assess and set benchmarks for core business brand and mission. Her approach is to help businesses establish objectives that will set a path to more predictable performance while incorporating the owner’s existing business plan. This includes areas ranging from change management, leadership development and succession planning.

Carolina holds a Bachelor’s degree in Human Resources from the University of Cal Poly Pomona as well as a PHR- Professional In Human Resources certification from HRCI; and a certification as SHRM-CP from SHRM – Society for Human Resource Management.  Additionally, Carolina is an active member of SHRM organizations and active Board Member of the Latina Business Association of the Inland Empire. 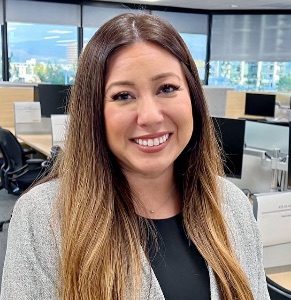 Helena Salas is a Vice President and Small Business Sales Manager for Union Bank, where she has spent the past 21 years.  She is responsible for leading a team of Small Business Relationship Managers in the Orange County, Los Angeles and San Francisco Bay areas, with the primary goal of assisting Small Business owners with revenues up to $10 million.  Prior to her role in leadership, Helena was a Small Business Relationship Manager in the Los Angeles Area for four years and was able to help many business owners with their financial goals.  Helena is a native of Southern California, residing in Lakewood with her husband and three sons. 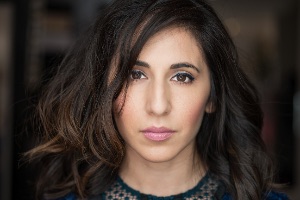 Texas-born Latina actress and Broadway star, singer, and dancer Gabrielle Ruiz established a name for herself playing ‘Valencia Perez’ on the CW’s Golden Globe and Emmy Award-winning critically acclaimed musical comedy series “Crazy Ex-Girlfriend”, and now she can add recording artist to her title with the release of her first original holiday spiritual single, TWINKLE TWINKLE

Best known for her role in “Crazy Ex-Girlfriend” which stared Rachel Bloom, Ruiz has since made the jump to the amazing world of sci-fi and comics, lending her voice as vulcan ‘T’lyn’ in the animated series “Star Trek: Lower Decks” and as ‘Rio’ in the series “Spidey and His Amazing Friends”. The definition of a tipple threat to its core, Ruiz got her start on Broadway, starring in If/Then opposite Idina Menzel, Evita with Ricky Martin, and In The Heights with Lin-Manuel Miranda. A classically trained dancer, singer and actress, Gabrielle continues to teach and choreograph in New York and Los Angeles. Ruiz is also the co-host of the immensely popular podcast WHAT ARE FRIENDS FOR alongside Pallavi Sastry, where they delve into joyful, meaningful, and uncomfortable conversations about platonic love in a socially distanced world. They have featured interviews with notable talent including Jaime Camil, Melissa Fumero, Danielle Bayard Jackson, Anjelah Johnson-Reyes, and Megan Hilty to name a few.

Ruiz hails from Edinburg, Texas (known as the Rio Grande Valley) where she grew up developing dance as her primary passion. She trained at Melba’s School of Dance under Melba Huber and Anne Bowling. To further her education, Ruiz received a ballet scholarship to attend the Texas Association for Teachers of Dance summer convention. She began vocal lessons early on and was classically trained by the late David Custer of San Antonio, Texas. STARS Scholarship Fund also supported her dreams of attending higher Gabrielle attended Oklahoma City University’s Ann Lacy School of Dance and Arts Management where she received a Bachelors of Fine Arts in Dance Performance. After college, Ruiz moved to New York where she dove head first into the theatre world.

You can follow her on Facebook (@GabrielleRuizFanPage), Twitter (@GabrielleRuiz) and Instagram (@GabrielleRuiz). We would love to set up an interview with you and Gabrielle to discuss her new holiday music, podcast, or her venture into the comic and sci-fi world! 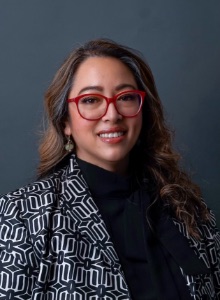 Tiffany Ente, President/ CEO, Southwest Hispanic Chamber of Commerce
Originally from Northern California, Tiffany relocated to New York City to attend the New School and Fordham University. She worked in corporate finance, specializing in human resources and was a founder of multiple businesses that are still thriving today. She has over 17 years experience as an HR professional and is the VP of Education and Outreach of the San Joaquin Society for Human Resource Management (SJSHRM). Her partnership with the California Hispanic Chamber of Commerce as a Business Advisor has had a focus on HR, payroll, benefits and leadership development. She brings with her, extensive experience as an Executive Director and is currently the Southwest Hispanic Chamber of Commerce’s President/ CEO, serving the counties of San Bernardino, Riverside and the San Gabriel Valley.

Inspiration provided by
the Latinas in my life

We miss you mom and Virginia

Sponsorship and underwrtiting opportunities are available for this event. Please send your request to Richard Sandoval @  RDS@HispanicLifestyle.Com

Register to receive program updates and the link to the online stream. Please support Hispanic Lifestyle’s effort to present quality programing for our community.