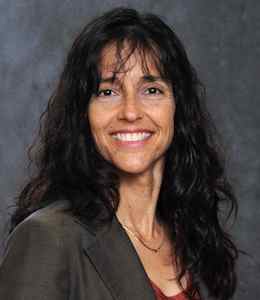 Stacey Sanchez has been involved in small business and economic development since high school.  That is about the time her father started his own roofing contracting business and her mother began working at the former National Economic Development Association (NEDA) an early recipient of the newly created Office of Minority Business Enterprise, which would later become the Minority Business Development Agency.   When NEDA disbanded the Fresno NEDA office incorporated and became NEDA San Joaquin Valley.

While a student at Fresno State, Sanchez worked as an unpaid -intern for two years with NEDA San Joaquin Valley, hosting a weekly cable TV show “The NEDA Business Forum.”   Sanchez’s job was to find guests and develop a 30 minute interview about a topic the guest was comfortable with that would be useful information for small business owners.  She hosted about 75 shows that aired weekly on the local cable channel.  She had numerous leaders from the Fresno business community on the show, and covered topics such as health care, office conflict, insurance, and government contracting.  Senator Rose Ann Vuich, the first woman in California’s Senate, was a guest several times.  Sanchez dreamed of becoming a management consultant, but knew she would need experience before anyone wanted to take her advice.

After college Sanchez went to work for a family owned business in Fresno in 1985, Standard Rent-A-Car.  She worked with the Houck family for 10 years, starting when the company had six stores and leaving when the company hit 60 stores.  In the course of 10 years, she was part of the team that opened stores outside of the San Joaquin Valley, and was promoted to District Manger, managing 5 stores in the Sacramento area.

She left Standard Rent-A-Car to move to Southern California after she married in 1993.  She began working for the Minority Business Development Center (MBDC) in San Bernardino in 1995, developing a contractors plan room and serving as procurement consultant.    When the organization closed due to federal budget cuts, she went to work for Steve Stultz of Stultz Financial and worked part-time at several Small Business Development Centers, including Santa Ana, Torrance and Pomona before joining the Small Business Administration (SBA) in 1998 as an Economic Development Specialist, taking on the role of Public Information Officer and Outreach Team Leader a year later.  Sanchez was with the SBA for 5 years, and was responsible for the Small Business Awards program while at the SBA.

In 2002, she had her first child, Fletcher and a second followed in 2003, Hollis.  In 2003 she joined CDC Small Business Finance (CDC), and in 2005 took over as Executive Director for Southern California Reinvestment CDFI (SoCal CDFI) which is a Certified Development Financial Institution, certified by the US Department of Treasury set up as a separate corporation administered by the CDC.   Sanchez served as its Executive Director/ Senior Community Loan Officer, until the organization was dissolved in 2013.  As a Senior Community Loan Officer, Sanchez represented both SoCal CDFI and for microloans, SBA loans and CDFI products.

Sanchez is the current Board Chair for CAMEO, California Association of Microenterprise opportunities; she has been on the CAMEO board for three years.  CAMEO is a state-wide organization of microenterprise organizations providing training, and/or financing to small business owners.   CAMEO provides member training, funding support, and advocacy.  Sanchez is an active member of the city of Santa Ana’s Workforce Investment Board and has been Vice Chair since 2007.   She has been an active participant in the Santa Ana District Lead Small Business Development Center Advisory Board since 2004.  In 2013, she accepted an advisory board position to study the feasibility of a Center of Entrepreneurship at Golden West College in partnership with the Oak Park Renewal Partnership.