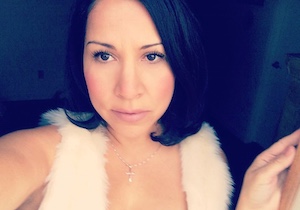 Michelle’s most recent on-air work includes covering the red carpet for KTLA’s ‘Hollyscoop,’ guest co-hosting on ‘Mommy to Mommy TV,’ and she also co-hosted for the cable TV talk show, ‘Every Way Woman.’

Michelle can also be seen on the stage performing as an actress and singer in various Musical Theatre productions.

In addition, Michelle is the Founder and Editor-In-Chief of the entertainment/Parenting Blog, ‘Mommyhood to Hollywood.’ She blogs for major brands such as Fisher-Price®, Huggies, Jergens, Disney Jr. and Knotts Berry Farm, to name a few. Mommyhood to Hollywood was nominated as Parents Magazine ‘Best All Around’ Mom Blog and was also selected by Red Tricycle’s Best Blogs of L.A.  Moreover; Michelle was selected from a national search by Yahoo! Shine to be one of their featured Get-It-Guide Gurus, reviewing great products for them, while also having the opportunity to cover media assignments for them too.

Michelle has had the opportunity to be a Positivity Ambassador for the California Milk Processor’s Board and she has worked as an Ambassador for several other companies and brands too.