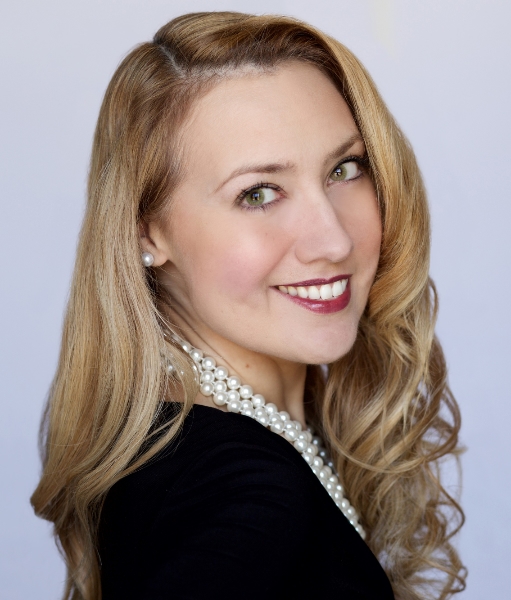 This information below was shared with us by Monica’s colleagues at Comerica Bank.

Mónica L. Martinez of Dearborn, Michigan passed away on May 20, 2021 at The Cleveland Clinic in Cleveland, Ohio. Career lady, never married, never engaged remaining single by choice, her mother, Rubi Grace (Graciela) and her father, Richard Allen were with her until the end. She is profoundly loved and will be greatly missed by her loving family, co-workers, friends, and our community as well as all of the people whose lives she has undoubtedly touched.

Monica was the Senior Vice President, External Affairs – Michigan Market and the National Director of Hispanic Business Development for Comerica Bank, and was an active member of the Michigan Hispanic Chamber of Commerce, most recently serving as Corporate Vice-Chair on the board of directors. A Michigan native born in Southwest Detroit, Monica learned the traditions of her Mexican heritage and was taught Spanish from a young age by her grandmother, who emigrated from Mexico. She carried out this love for her culture and the Spanish language throughout her career.

Monica joined Comerica Bank in 2006, holding several positions during her tenure. She was instrumental in managing business resource groups on a national level at Comerica, supporting the on-going diverse business development in the communities across the country. She also oversaw volunteer programs nationwide, teaching both students and small business owners the importance of being financially responsible. Whether it was attending evening events, speaking engagements, or giving remarks on a panel for numerous nonprofits and charities, Monica’s involvement in the community and philanthropic activities was undeniable and an inspiration to all.

“At Comerica, Monica was entrusted to expand what had been a local diversity engagement position into a nationwide role. She did so with energizing success and started to represent Comerica at the most prestigious Latino organizations. She had a story to tell and a mission to make her Latino community a better place. It is important to mention that as Monica became a nationwide ambassador for Comerica, she always kept her local presence as strong as ever.” – Camilo Suero, Corporate Relations, Michigan Hispanic Chamber of Commerce.

Prior to her work with Comerica Bank, Monica worked for Ford Motor Company, where she held various positions on the corporate staff during her 10-year tenure. Suero continues, “Monica Martinez will be remembered as a passionate, engaged and visionary leader with restless dedication to advancing the Latino community in her city and across our country. From the start of her career at Ford Motor Company, she was an active member of Ford’s ERG (Employee Resource Group), Ford Hispanic Network, where she took on many responsibilities for one of the leading ERGs in the nation. Her busy work schedule was never a barrier to volunteer, leading events with her beautiful smile and warm friendship.”

“Monica was a remarkable professional, selfless mentor and friend, and a tireless advocate for the Latino community in Detroit, the State of Michigan, and the country. Monica, an immensely private woman wouldn’t want us to be sad, so I celebrate her legacy with a renewed and enhanced resolve to serve the Michigan Latino community. Won’t you join me in carrying on her legacy in the Latino Community?” – JoAnn Chávez, Senior Vice President and Chief Legal Officer, DTE Energy, and Former Chair of Michigan Hispanic Chamber of Commerce Board of Directors.

Monica’s accomplishments in the workplace and Hispanic community were well recognized throughout her career. She received numerous awards and honors for service as both an accomplished woman and Latina business leader, including being named one of the Top 10 Latina Women in Corporate America by Latino Leaders Magazine, Diversity Business Leader by Corp. Magazine, and one of the 100 most influential Hispanics in the U.S. by Hispanic Business Magazine. The recognitions she received for community service include being named a role model by Alternatives for Girls, honored as “One Tough Cookie” honoree by the Girl Scouts of Southeastern Michigan, and included among Women that Soar for her dedication to mentoring.

“Monica is an icon in the Hispanic community. She was a person that always asked how she could do more for her people. She was a leader to be followed by women and men. She inspired others to ask themselves how they could do more for their community. The world has lost a great light. My friend Monica has left behind a legacy and we all must follow her lead. ¡Adelante! We are all better off because she shined her light on us!” – Jesse Venegas, Vice President, The Ideal Group, and Chair of Michigan Hispanic Chamber of Commerce Board of Directors.

“Monica’s efforts to support young professionals and serve Hispanic business owners, entrepreneurs and communities have had a tremendous impact on the lives of so many here in Michigan and other parts of our nation. Though we mourn her loss, we honor her by remembering her commitment to lifting others up, her passion for excellence, and her deep, deep love for her Mexican heritage and the Hispanic community. Thank you, Monica for all that you gave and all that you represented.” – Mark Moreno, Executive Director, Michigan Hispanic Chamber of Commerce.

From her 2014 Latina of Influence posting. 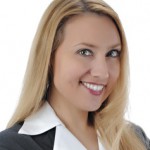