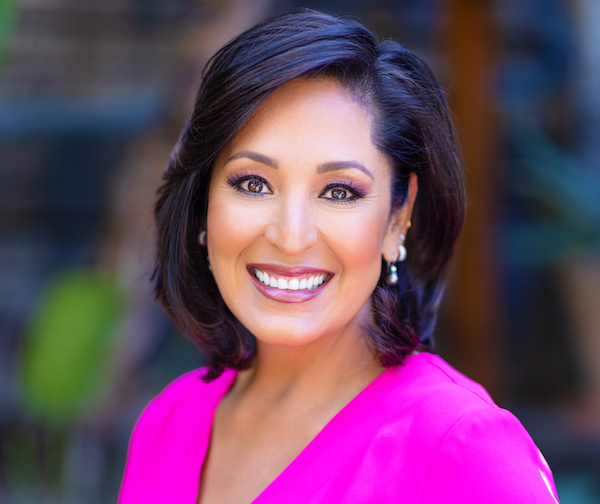 Lynette Romero was named a 2021 Latina of Influence by Hispanic Lifestyle.

A well-known and respected journalist in Southern California, Romero joins NBC4 with more than three decades of news experience and dozens of awards and accolades from the community. Her versatility and in-depth reporting have included coverage on many of Southern California’s biggest stories. She has been both in front and behind the camera reporting and producing numerous programs and specials, including assignments in Mexico, El Salvador, Italy and the Czech Republic.

“Lynette has the right combination of journalistic experience and genuine warmth that comes across on the air and in person,” said Renee Washington, Vice President of News at NBC4. “She is a dynamic anchor with an upbeat approach to help our viewers kick start their day, and I am happy to welcome her to the NBC4 family.”

In a video shared with NBC4’s audiences, Romero said this:

“I have a new family, I have a new home. I’m going to ‘Today in LA’ at NBC4 and I’m so excited. So come with me, let me open the door and welcome you in. I can’t wait to get started.”

Romero has a deep devotion to giving back to the local community. She is active in many charities and events that support students and underserved neighborhoods throughout the southland. She is also passionate about raising awareness of Alzheimer’s, memory loss and dementia facing the aging population.

Romero joins NBC4 after a long and successful career at KTLA Los Angeles where she anchored just about every newscast, most recently serving as weekend anchor for its morning newscast. Before that, Romero anchored and reported at KUSA in Denver where she covered the 1993 papal visit, the standoff in Waco and the bombing of the Federal Building in Oklahoma City.