On the last day of summer Hispanic Lifestyle jumped right into the fall season with a very special visit to the Disney parks in Southern California.  In this segment we spoke with Susana Tubert Creative Director, Walt Disney Parks and Resorts Creative Entertainment about special attractions offered at Disney’s California Adventure during the 2017 Halloween Season.

MORE ABOUT THE HAPPENINGS AT DISNEY’S SOUTHERN CALIFORNIA PARKS

Disney California Adventure Park
For the first time, Cars Land in Disney California Adventure will be transformed with a special Haul-O-Ween makeover as the citizens of Radiator Springs don Halloween costumes and decorate their respective homes for the season. The townsfolk celebrate the season by turning Radiator Springs into Radiator Screams.
Lightning McQueen, Mater, Cruz, Red and DJ will be in “car-stume” – as a super hero, a “van- pire,” a pirate, a clown and a punk rocker, ready to go “trunk-or-treating.” Attractions transform, too, with Mater’s Junkyard Jamboree turning spooky as the Graveyard JamBOOree, and Luigi’s Rollickin’ Roadsters getting a seasonal twist to become Luigi’s Honkin’ Haul-O-Ween.

Haunted Mansion Holiday celebrates the collision between Halloween and Christmas as Jack Skellington, from the Walt Disney Pictures classic, “Tim Burton’s The Nightmare Before Christmas,” offers his unique take on the holidays. The annual Haunted Mansion Holiday gingerbread house is presented in a new design each year and this year it’s the creepy Oogie Boogie in the form of a 7-foot-tall cookie in the Mansion ballroom. He is peeling back the roof of a gingerbread Haunted Mansion, uncovering oodles of gummy bugs and worms.
Another Halloween Time favorite at Disneyland is Space Mountain Ghost Galaxy, a reimagining of the popular thrill ride in Tomorrowland. Guests on board the speeding Space Mountain vehicles are thrust into a ghostly galaxy where they are surrounded by eerie screams, sound effects and music. Spine-chilling spirits pop out of the darkness, appearing to reach out to menace the space travelers.

Disneyland will continue to offer its traditional Día de los Muertos tribute in Frontierland through Nov. 2. This annual exhibit commemorates the Mexican holiday of Day of the Dead with a
musical trio of iconic skeleton figurines, brightly colored flowers and other decorative items.

Mickey’s Halloween Party
Guests are invited to dress in costume for Mickey’s Halloween Party where they will trick-or- treat throughout Disneyland Park for candy and healthy snacks. This year, capturing memories during the party will be easier than ever as guests who have admission to Mickey’s Halloween Party will enjoy the added bonus of unlimited Disney PhotoPass downloads during the party, for up to 45 days after the date of capture.
Another extra-special treat is the “Halloween Screams” fireworks spectacular, a Mickey’s Halloween Party tradition presented exclusively for party guests and hosted by “Master of Scare-omonies” Jack Skellington.
Also exclusive to Mickey’s Halloween Party is the “Frightfully Fun Parade” led by The Headless Horseman of Sleepy Hollow (from the Disney animated classic “The Adventures of Ichabod and Mr. Toad”). The Horseman rides through the park on his ghostly black steed with a flickering jack-o’-lantern to usher in the parade featuring Jack Skellington followed by a procession of grim, grinning (and hitchhiking) ghosts from the iconic Haunted Mansion attraction. The creepy Dr. Facilier from Disney’s “The Princess and the Frog” calls on mystical powers, summoning his Shadow Men from the bayou to loom large over his strange and twisted Voodoo parlor. The mischievous Disney villains appear out of the darkness, ready to stir up trouble. The wicked gathering includes the Evil Queen, Jafar and Cruella.
Disney villains, as well as Mickey Mouse and friends, appear at locations throughout the park, and the Cadaver Dans ghostly quartet performs on the Rivers of America in Frontierland.

Another popular feature of the party, the opportunity for guests to “mix in” with regular park guests for three hours prior to the party’s start time will allow guests to “park hop” between Disneyland and Disney California Adventure parks.

Downtown Disney
For the first time, the horticulture throughout Downtown Disney will be newly planted to celebrate Halloween. Guests will discover more than 1,600 real pumpkins integrated into the landscaping in new ways, along with additional planter spaces.

Photos from the past postings, Exclusive photos by Richard Sandoval 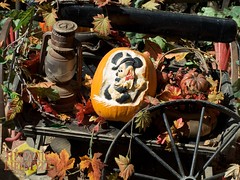 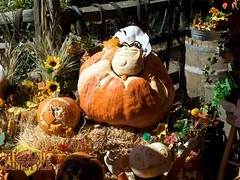 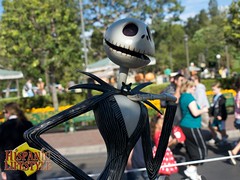 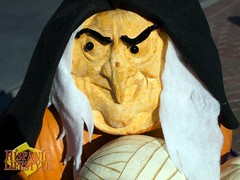 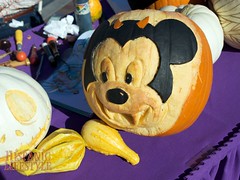 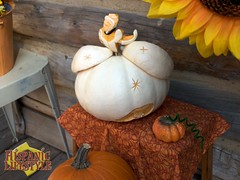 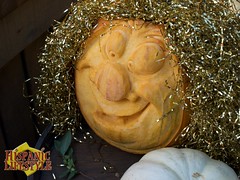 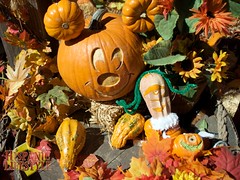 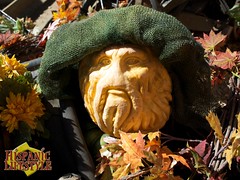 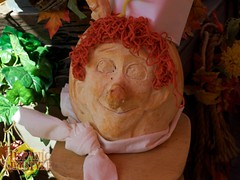 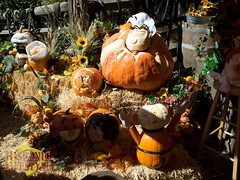 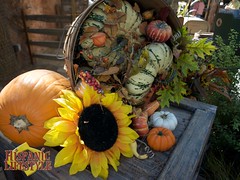 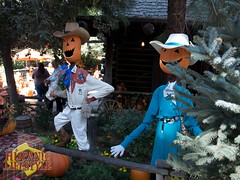 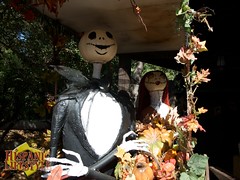 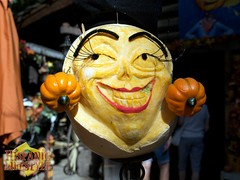