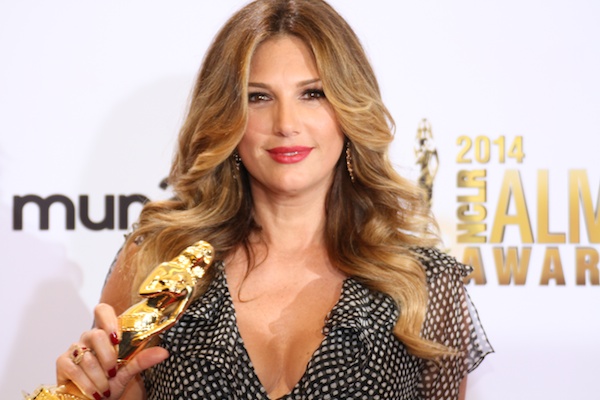 he “2014 NCLR ALMA Awards” telecast—a National Hispanic Heritage Month event—celebrates America’s favorite Latinos in the entertainment industry, television, film and music. NCLR—the largest national Hispanic civil rights and advocacy organization in the United States—works to improve opportunities for Hispanic Americans. The NCLR ALMA Awards presentation is an integral part of that mission: a national prime-time television network entertainment special with the cause of showing how diversity strengthens our country and how inclusion strengthens the American entertainment industry. 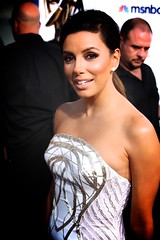 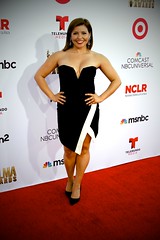 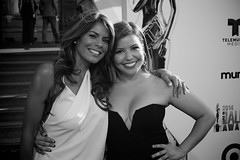 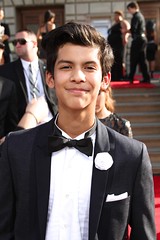 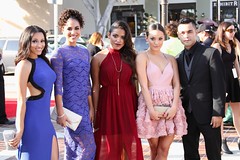 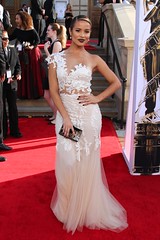 Zulay Henao at the 2014 AlmaAwards 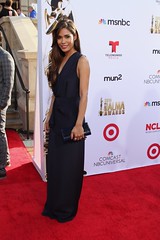 Daniella Alonso at the 2014 Alma Awards 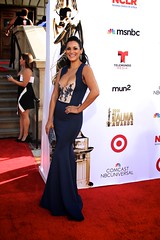 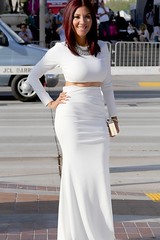 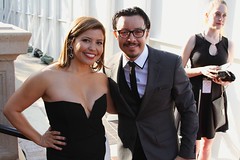 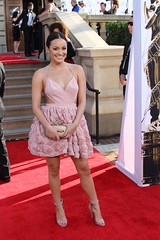 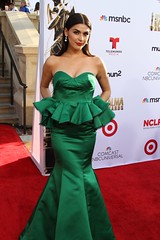 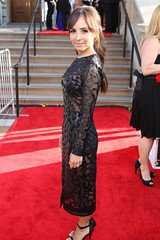 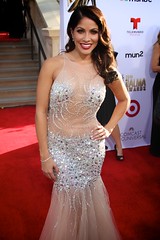 Valery Ortiz at the 2014 Alma Awards 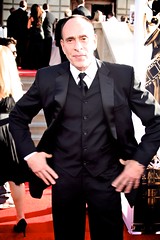 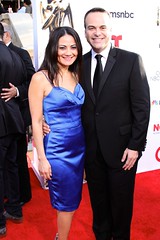 Monica Gil and Jorge A. Plasencia 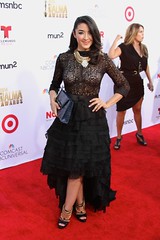 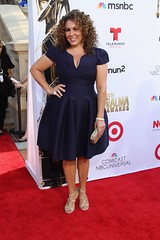 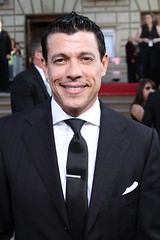 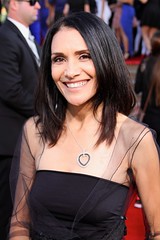 Award for Industry Excellence: GUILLERMO DEL TORO presented by Zoe Saldaña
Credited with spearheading Latino stories and themes into mainstream media and known for his visual aesthetic touch, Guillermo del Toro is an exceptional director and producer. His diverse body of work ranges from Spanish-language dark fantasy such as “The Devil’s Backbone” and “Pan’s Labyrinth” to action films such as “Hellboy,” “Hellboy II: The Golden Army” and “Pacific Rim.”.

Special Achievement in Television: The Cast of “ORANGE IS THE NEW BLACK”
Selenis Leyva and Dascha Polanco will be honored for their riveting portrayals of characters Gloria Mendoza and Dayanara Diaz on Netflix’s critically acclaimed comedic drama “Orange is the New Black,” set in a women’s prison. This remarkably successful show, which just finished filming its third season, accentuates the work of its multicultural bevy of talented Latino actresses, whose roles have broken barriers and put human faces on the issues that confront those, including women of color, who are affected by our country’s criminal justice system.

Special Achievement in Film: “CESAR CHAVEZ”
Recognized for its artistic achievements and sweeping impact in bringing the story of a Mexican American hero to the forefront, “Cesar Chavez” is honored for Special Achievement in Film. Directed by Diego Luna and featuring an all-star cast including Michael Peña, America Ferrera and Rosario Dawson, the film focuses on several of the most famous actions taken by Chávez and United Farm Workers, whose efforts helped win improved living and working conditions, contracts and better pay for farm workers.

Award for Outstanding Service to Cause and Community: TONY GONZALEZ
Popular NFL analyst and record-holding athlete Tony Gonzalez (Kansas City Chiefs and Atlanta Falcons) will be recognized for distinction in service, where he matches his on-field talents with an equal passion for community service. Gonzalez supports the Shadow Buddies Foundation, an organization that provides emotional support through education to hospitalized children, and El Viento Foundation, an institute that enriches the lives of children and young adults through long-term relationships based upon trust, respect, learning and skill building.

NCLR ALMA Vanguard Award: DAISY FUENTES
A pioneer in entertainment and media, Daisy Fuentes was MTV’s first Latina (and fully bilingual) VJ, host of several entertainment and music shows and courted by fashion and beauty companies to be their spokesperson. Fuentes positioned herself as a trendsetter and redefined mainstream ideas of beauty style, injecting her culture and identity as a Cuban American and Latina into her work. Fuentes also actively champions many important causes, including breast cancer awareness and children’s health charities.

Ricardo Montalban Award for Lifetime Achievement: CHARO
Recognized the world over by her trademark expression, “cuchi-cuchi,” Charo took America by storm, dazzling audiences with her virtuoso guitar playing and making them laugh with her famous accent and bubbly personality. As a media personality, she appeared on many hit television shows, including “The Tonight Show with Johnny Carson,” “Sonny and Cher” and “The Carol Burnett Show,” and more guest appearances on the long-running comedy “The Love Boat” than any other star. As a humanitarian, activist and entertainer, Charo demonstrates an ability to effect change for causes that touch the hearts of millions.