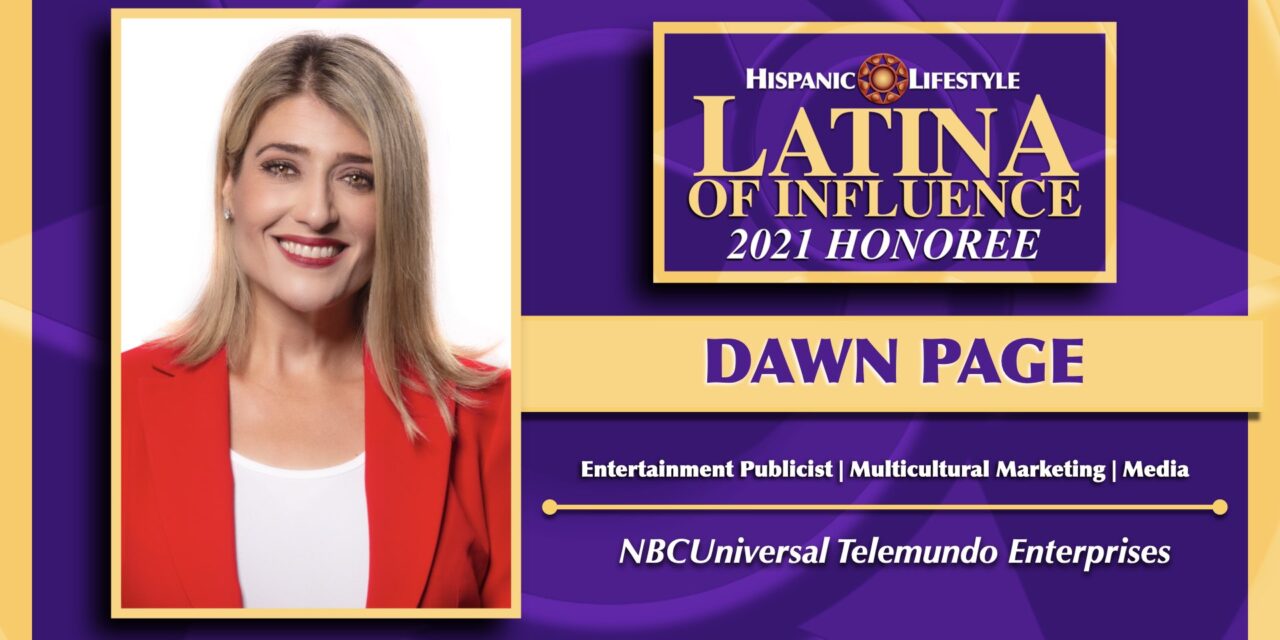 Hispanic Lifestyle is pleased to recognize multi-talented media professional and Entertainment Publicist  Dawn Page as a 2021 Latina of Influence. Annually Hispanic Lifestyle acknowledges the achievements of Latinas who make a difference in our community.

Dawn Page Galindo is a multi-talented media professional. Raised on the U.S. Mexico border exposed to two worlds, she is fully bilingual and bi-cultural. She attended the University of Arizona and graduated with a BS in Business Admin/Marketing Major. Her experience in the media/entertainment industry spans almost two decades, including TV network executive positions in Public Relations and Marketing – and as a TV news producer, on-air talent, and print journalist. 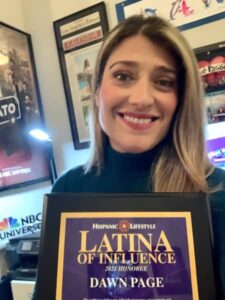 Before joining NBC UNIVERSAL Telemundo Enterprises, she worked as freelance field producer for CNN’s The Situation Room with Wolf Blitzer and Anderson Cooper 360. During her tenure at CNN Latino, she worked as a fulltime producer for flagship show Sin Límites where she secured high profile guests and successfully executed marketing and publicity efforts as consultant in Los Angeles to create brand awareness and promote CNN en Español’s international news talent.

Dawn began her career as a news producer and reporter for Telemundo Phoenix. She then worked as a national entertainment correspondent for Cotorreando. The next chapter in her career was in LA, working as an entertainment print journalist for La Opinión, the most established Spanish daily in the U.S.

When LatinAmerica Broadcasting acquired a TV station in Arizona, the network recruited Dawn to launch the Phoenix affiliate, as the Director of Public Relations and Community Affairs.As a Strategic Communications Manager at LIUNA, she acted as a bilingual spokesperson and successfully spearheaded national media campaigns on immigration, politics, and worker rights initiatives.

She has an identical twin sister by the name of Shawn and is the proud aunt of Van Michael.